METHODS OF BREEDING IN PIGS 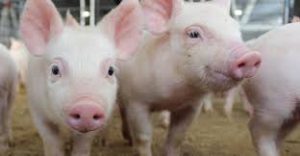 Pure-breeding
Mating purebred individuals of the same breed. The progeny has the same genetic
makeup. The major objective of pure-breeding is to identify and propagate
superior genes for use in commercial production primarily in crossbreeding
programs as well as to propagate and identify superior females for maintaining
valuable genetic material. Furthermore crossbreeding will not be worthwhile
unless superior purebred individuals are used.

Outbreeding
Mating individuals of the same breed but who are less closely related than the
average of the breed. There should not be a common ancestor for at least four
generations back in the pedigree of the boar and the females with which he is
mated. It is a useful mating system in purebred individuals.

Inbreeding
Mating between individuals of the same breed but which are more closely related
than the average of the breed. This could be between as close individuals as full
sibs or sire – daughter, mother-son. Pure breeding is a special kind of in-breeding.
The effect of inbreeding is the concentration of common genes in the offspring.
This high frequency of homozygous gene pairs applies to both desirable and
undesirable traits. Many undesirable traits e.g. hernia and cryptorchidism involve
recessive genes thus inbreeding perpetuates their expression phenotypically. Inbreeding causes a decrease in litter size and increases mortality. Inbred sows are
inferior in milking and mothering ability. It delays sexual maturity in gilts and boars.
Inbred boars have less sexual libido. Inbred gilts have fewer eggs during oestrus
and farrow smaller litters than those outbred.

Get a cash bonus when you signup and save on the Cowrywise app with my invite code JOSEPLWV or invite link.
Post Views: 73