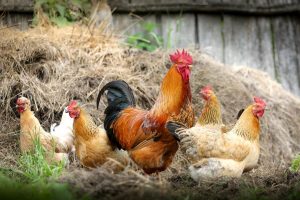 Capon: It is young male birds of which testicle are removed.
Layer: An egg-laying female chicken up to one year after starting the laying of
eggs.
Broody: A hen which has stopped laying eggs temporarily.
Clutch: The number of eggs laid by a bird on consecutive days. A clutch of 3-4
eggs are preferred.
Moulting: The process of shading old feathers and growth of new feather in their
place moulting normally occurs once in a year.
Culling: Removal of unwanted bird from the flock is known as culling e.g. old nonlaying birds, sick birds and masculine hens are removed.
Pause: It is the period between two clutches in which eggs are not laid by a hen.
Hen-day-production: This is arrived by dividing total eggs laid in the season by the
an average number of birds in the house.
Hen-housed-average: This is arrived at by dividing the total number of eggs laid in
the season by the number of birds originally placed in the house. No deductions
are made for any losses from the flocks.

For enquiries and details, call World Farmers Centre Admin on 08035219966 or WhatsApp us @+2348173030321.
Previous articleMETHODS OF BREEDING IN PIGS
Next articleFISH PROCESSING