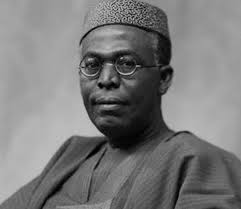 There is no doubt that the Late Chief Obafemi Awolowo was a super achiever. The legacy he left behind is colossal. We can learn a lot from his life to succeed in any business including farming. He attributed his success in life to four secrets among many others. Farmers can borrow these secrets to succeed in their business

Chief Obafemi Awolowo believed that hard work is very crucial to success in life. According to him, he picked himself at the age of 30 to pursue Law in England and drove himself relentlessly to succeed. A farmer who is not ready to give it what it takes to succeed will pack up. Farming is work!

2 The Secret of Having a Supportive Wife

Chief Obafemi Awolowo never ceased to praise his wife – the jewel of inestimable value. The Scripture says one will chase a thousand while two will chase ten thousand. I have met a lot of successful farmers and what is common to them is the presence of a supportive spouse.

READ ALSO:  3 SECRETS THAT BILL GATES TAUGHT ME THAT CAN MAKE ONE SUCCEED IN FARMING

3. The Secret of Rising Up after Any Setback

Chief Obafemi Awolowo was once quoted as saying, “The greatest glory is not in never failing but to rise up after a fall.” Farming is fraught with many challenges, and as such one must be tenacious enough to face difficult situations and still keep pressing forward.

4. The Secret of the Grace of God

Chief Obafemi Awolowo attributed his success in life largely to the grace of God. Depending on the grace of God is vital for anyone to really make it in any business including farming.


Post Views:
3
Previous article3 SECRETS BILL GATES TAUGHT ME THAT CAN MAKE ONE SUCCEED IN FARMING
Next article3 GREAT LESSONS FROM RICHARD BRANSON FOR FARMING SUCCESS