SAVE POULTRY INDUSTRY, PANOG CRIES OUT 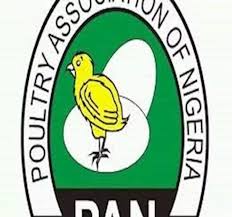 SAVE POULTRY INDUSTRY, PANOG CRIES OUT

The Poultry Association Of Nigeria, Ogun State Chapter, in a recent press release has called on the Federal Government of Nigeria through the Ministry of Agriculture for a quick intervention in preventing the poultry industry from imminent collapse.

Buy this important EBOOK now: 50 KEY FACTS YOU SHOULD MASTER TO MAKE MORE AND MORE MONEY IN POULTRY FARMING BUSINESS

grains producing zones amongst other factors.

PANOG is calling on the Federal Government of Nigeria through the Ministry of Agriculture for a quick intervention in the following areas.

PANOG is also using this medium to call on the Commercial Feeds Millers to show some level of consideration in their pricing as the survival of the Poultry Farmers is directly related to the continued existence of the Millers.