BIOSECURITY IS THE WAY OUT, SAYS CHIEF VET OF NIGERIA 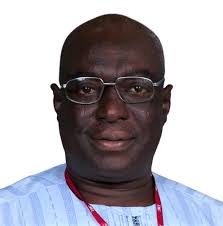 BIOSECURITY IS THE WAY OUT, SAYS CHIEF VET OF NIGERIA

Biosecurity: Solution to Disease Transmission and Antimicrobial Resistance in Animals

Dr. Olaniran Alabi, the Chief Veterinarian of Nigeria, has on Wednesday in Abuja, identified biosecurity as a major preventive measure to reduce the risk of disease transmission in animals.

Alabi, identified this in his presentation on the “Role of Biosecurity in the Prevention of Highly Pathogenic Avian Influenza (HPAI) and Antimicrobial Resistance (AMR) in Nigeria”.

Biosecurity is a practice designed to prevent the introduction and spread of disease-causing agents (viruses, bacteria, fungi, protozoa and parasites) into a farm.

He said that biosecurity is also an effective tool to reduce animal antibiotic consumption because if poultry are not infected, then the use antibiotics will be minimal.

Antimicrobial resistance (AMR) is the ability of microbes to persist or grow in the presence of drugs designed to inhibit them.

According to the report by Food and Agriculture Organisation (FAO), everyone has a role to play to combat AMR, including others across the food and agriculture sectors.

Alabi said that biodiversity is the foundation for disease prevention as it uses the knowledge of disease transmission processes to reduce the risk of introduction and spread of disease pathogens.

He further explained that, “Biosecurity is all the more important in antibiotic reduction scenarios: consistently high biosecurity standards can contribute substantially to the reduction of antimicrobial resistance, by lowering the need for antimicrobials and preventing the introduction of resistance genes to the farm.

“In the absence of any treatment for Al and unreliability of vaccination program, promotion of effective biosecurity measures remains the most viable option for prevention and control of Al without undue exposure of the poultry industry and public health to the devastating consequences of AMR.

“All farmers and animal owners are enjoined to build a healthy relationship with veterinary doctors in order to ensure that they are involved in preventing diseases on farm as well as treating outbreaks.

“Your veterinary practitioner is best placed to devise a biosecurity plan suited to your farm, which should be reviewed annually.

Alabi stressed on the need to train Poultry farmers and live bird market operators on the use of biosecurity to prevent the introduction and spread of HPAI and other diseases.