Check out what CBN did for farmers in South-west 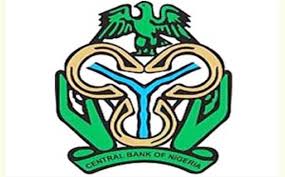 Check out what CBN did for farmers in South-west

The Central Bank of Nigeria (CBN), through Eco Bank, has empowered farmers under Hope Concept Cooperative with maize production inputs to boost agribusiness in the region.

The farmers were given bags of maize seeds, sprayers, herbicides, insecticides and fertilizer, among others, to improve maize production in the region, just as the country is battling with shortage of maize.

The Chairman, Maize Grower, Processor and Marketer Association of Nigeria (MAGPMAN), Ogun State, Prince Adefioye Ahmed, explained that the CBN was sponsoring the MAGPMAN in the Anchor Borrowers’ Programme with the inputs in forms of a loan and inputs to farmers and would be paid back with their harvests.

He said food production rate of maize is very low in the South West, which was why the farmers were supported with the inputs.

Akin Agboola, President, Hope Concept Cooperative, lamented the bottlenecks in accessing loans from banks in the zone to strengthen agric businesses and this have been killing the morale of farmers.

He said banks don’t really have much interest in financing agriculture, except for government’s interventions, that lack of access to loans from banks means at the end of every season, we will have shortage of food in the market and society.

Agboola appealed to the Federal Government to extend the same support given to the North to the South West, that lack funds disbursed to farmers in the region would cause food shortage and increase hunger.

The National Secretary, MAGPMAN, Aremu Shola, also decried the lack of adequate support from state governments in the zone in food production compared to what is obtainable in the northern part of the country.

“Our governors in South West play to the gallery. Most times, they pay lip services to agriculture. We are not proud of producing any food crop in the South West and we are not serious about using agriculture to alleviate poverty, which is actually a means of alleviating poverty.

Niyi Adeotan, who represented Eco Bank Abeokuta Branch Manager, who is in charge of the Public Sector and Agric Unit, said supporting farmers in South West to attain self-sufficiency in food production is a core aim of the bank.