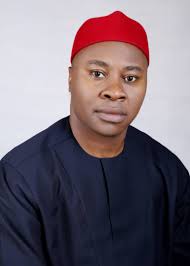 The Federal Government has said it will soon commence all year round farming in Osun State to combat food insecurity during the dry seasons.

While addressing journalists during his tour of some of the farm settlements in the State, he explained that the NALDA team was instructed by the Presidency to discover suitable lands for all year round farming and implement measures to retrieve all the already acquired lands under the agency, citing Osun as a pilot state for the scheme. That the scheme will commence in January 2021 as necessary facilities had been provided by the President to actualise the dream.

It will be recalled that the President Muhammadu Buhari-led Federal Government in November this year reinstated NALDA which had been moribund, and flagged off National Young Farmers Scheme, as part of his administration’s commitment to reviving the agriculture sector and making it the bedrock of the nation’s economy.

Ikonne further stated that “If you can recall, President Buhari recently inaugurated the National Young Farmers Scheme to engage and attract young Nigerians into productive farming. This visit is in compliance with the objective of the initiative.

“Going by the places we have visited in Osun, you will agree with me that youths in this state will be making huge money, because with this scheme, there is no more idleness, no more poverty and hunger. There will be full supply of necessary farm equipment, inputs and technical support, which includes capacity training, capacity building, and human capital development.” He added.


Post Views:
11
Previous article12 Ways To Succeed as a Poultry Veterinarian Part 2
Next articleCheck out what CBN did for farmers in South-west