See the list of 15 Farmers Honoured by Lagos State government 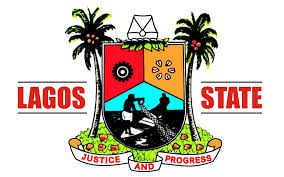 See the list of 15 Farmers Honoured by Lagos State government

The Lagos State Government Honoured 15 Farmers for Outstanding Contributions to food security in the state, for their hard work, vigour and contributions to sustaining food supply chain, especially during the COVID-19 lockdown.

The state Commissioner for Agriculture, Ms Abisola Olusanya, commended the farmers on Sunday during the December edition of the Eko City Farmers’ Fair and Farmers’ Appreciation Day at Alausa, Ikeja.

15 farmers were honoured with various awards for their contributions to food security at the ceremony.

“We know what happened during the lockdown when people thought they were not going to get access to food but yet our farmers came through for us. Many thanks to you our dear farmers, you stood by us by ensuring that the food supply chain was not broken at any time.

Read Also:Check out the Full List of Agric Products and others that Remain Banned from Being Imported

“It was stretched, yes, but with your efforts and God’s grace, it was not broken. What we are doing today is the least we can do to appreciate you,” Olusanya said.

The Commissioner said that a lot of farmers lost their means of livelihoods almost to a point of no return with the swine flu that happened in the piggery value chain, poultry farmers are still under a lot of strain right now as they are not able to get poultry feed same with fish farmers as well as rice farmers.

Olusanya noted that farmers play a very important role in the economy of the country and deserved to be recognised as very key stakeholders.

“We need to understand that economics globally be it the Netherlands, US and even Europe as a great continent. They all started with farming and farming is still the backbone of the economy,” she added.

Among those farmers honoured was Dr Yakub Bashorun, a former Permanent Secretary in the ministry, who emerged the Best Farmer of the Year 2020, while Mrs Sola Ogunleye won Best Woman in Agriculture.