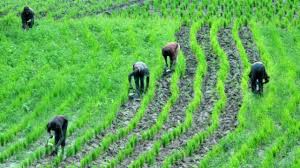 The National Varieties Release Committee (NVRC) has announced the release of 18 high yielding crop varieties for farmers to boost Nigerian agricultural productivity in the country.

The chairman, NVRC Chief Oladosu Awoyemi made this announcement during its 29th meeting at the National Centre for Genetic Resources and Biotechnology (NACGRAB), Ibadan.

According to the press statement by NACGRAB’s Registrar, Dr Sunday Aladele on Sunday, stated that the 18 new varieties were approved out of a total of 25 varieties submitted for consideration by research institutions, universities and private seed companies.

Read Also: Check out the Full List of Agric Products and others that Remain Banned from Being Imported

The three yam varieties were released based on slow rate of oxidation, ability to be eaten in pounded form, high yield, and high dry matter content.

Developers of the 18 released crop varieties include, the Institute for Agricultural Research (IAR), Zaria, the Raw Materials Research and Development Council (RMRDC), Abuja, and the International Institute of Tropical Agriculture (IITA), Ibadan.

Other developers are, the National Root Crops Research Institute (NRCRI), Umudike, the University of Ilorin, the Institute of Agricultural Research and Training Ibadan; and Seed Co. Nigeria Ltd.