NALDA Set to Train over 2,000 Youths on Fish Farming in Borno

NALDA Set to Train over 2,000 Youths on Fish Farming in Borno

As part of the Buhari led administration initiative to empower youths under the Back-to-Farm and National Young Farmers Scheme of the Federal Government, the National Agricultural Land Development Authority (NALDA) says it has concluded plans to train about 2,040 youths on fish farming in Borno.

Read this: Check out the magical way to sell your farm products now

The Executive Secretary of NALDA, Prince Paul-Ikonne, who disclosed this when he visited Gov. Babagana Zulum, in Maiduguri Monday said that the aim was to empower and create employment for the youths.

“We want to assure you that we will partner with you and put our programme down to empower the youths and reduce unemployment, they will in turn be employers of labour,” Paul-Ikonne said.

According to him, the beneficiaries will be trained and equipped with fish processing packages to enable them generate income and become self-reliant.

“We are in your state based on the President directive to reactive and recover NALDA abandoned estate across the country. Also to inform you that Borno has been chosen as one of the state for all the pilot programme of NALDA,’’ the executive secretary said.

Paul-Ikonne added that the agency would purchase two million bags of rabbit waste which would be used as fertilizers to the farmers. 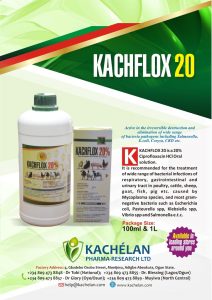 While commenting on the programme, Gov. Babagana Zulum, said that the programme would impact positively on the state as it will help to solve the lingering problems which had affected the Internally Displaced Persons means of livelihood.

“We don’t need fertilizers in most part of the state. The insurgency impacted negatively on our populations, thousands were displaced and most of our lands were left fallow for many years.

“Now we are in the process of resettling people to their communities for them to engage in their livelihood. There is no better time than now for the government to partner with your agency,’’ He said.