The Ekiti State Governor, Dr Kayode Fayemi, on Wednesday commissioned a N5 billion worth snail farm at Okemesi in Ekiti West Council of the state.

The farm, called Egbeja Snail Village, is said to be the second-largest snail farm in the world, second to Cyprus, and biggest in Africa is owned by Dem Eli Farms and Farmkonnect, a consortium of agricultural firms.

Fayemi said the farm would create 5,000 jobs when fully operational and assured that his administration was determined to make Ekiti a commercial hub for agribusiness.

The governor said, “This project is the first of its kind in Ekiti. It will stock 2.6 million snails for the production of snails and slime for export into the international market. It will provide easy market and foreign exchange earnings, as well as generate employment opportunities for our youth.

“Production of snail and slime in exportable quantities will put Ekiti on the world map. When completed, it will generate no fewer than 5,000 jobs for our youths, while also supporting our vision for youth empowerment and technology transfer,” he added.

He stressed that the state government was passionate about agriculture, which he said was its green investment in Ekiti.

Founder of Farmkonnect, Lt. Commander Azees Oluwole, said when completed, the farm would cover 100,000 square metres of land, making it the biggest investment that could generate and create wealth.

Oluwole revealed that at full capacity, the project could make a profit of N6 billion anually with about 82 tons of exportable slime, besides generating thousands of jobs for skilled and unskilled youth.

Chief Executive Officer of Dem Eli Farms and Merchandise, Mrs. Oluranti Ojo, said the vision behind the investment in agribusiness was to boost food security and improve nutrition through agricultural real estate, powered by modern technology and methods. 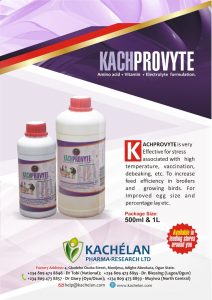