Could this be true? What Gov. El-Rufai said on BBC Hausa service about herdsmen 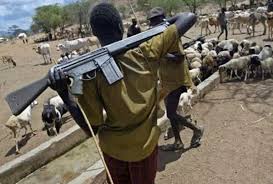 Could this be true? What Gov. El-Rufai said on BBC Hausa service about herdsmen

The Gov. said the efforts of Sheikh Ahmad Gumi to stop Fulani from committing banditry and kidnapping would not yield results. He said that he has discussed with sheikh Gumi that those Fulani didn’t have any religion and will never leave a new lucrative way of making millions of Naira and revert to herding cows that fetches less N200,000 in a year.

The governor said he would not grant Fulani amnesty as requested by Sheikh Gumi. That only a concerted effort by security forces will solve the problem by bombing them out of their hideouts.

READ ALSO: See What Ogun Is Planning To Do About Open Grazing In The State

“Ahmad Gumi is my friend and we have discussed. I told him that most of these Fulani herders have no religion. That’s what we talked about. But I don’t share his idea of forgiving the bandits because no wrong was done to them. We have met as Governors on the NW states that have these security challenges but we couldn’t reach a common ground.”

“Some of us want us to negotiate a peace deal, some of us said no, we should fight them. That is the problem. The fact is a herder that earns N100,000 in a year after selling his cow, and is now getting N1million monthly, will never revert to his previous life. Whoever tells me that the Fulani man that started kidnapping and receiving millions, will agree to go back to his old ways, is only deceiving himself.”

Previous articleSee the message of Sultan of Sokoto to all Fulani herdsmen, Muslims and bandits
Next article4 Ways To Increase Your Chances Of Making More Money as Agriculture Experts