See What Seriki Fulani says about Cows, Farmers and Herdsmen 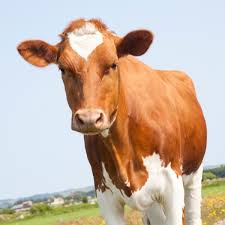 See What Seriki Fulani says about Cows, Farmers and Herdsmen

The Seriki Fulani of Igangan, Oyo State, Salihu Abdulkadir, has said there is no chance that farmers and herders will not clash as cows must eat grass.

However, Salihu, who was evicted from his base some weeks ago, said that there should be some sort of compensation for affected farmers.

“Cows must eat grass; that’s certain. But the public notion towards Fulani as kidnappers is wrong and I would never agree or succumb to that because it is a false allegation against all of us, Fulani,” he told The PUNCH.

When asked if that rationale provided enough justification for the destruction of farms by cattle, Abdulkadir replied in the negative.

“No, but there is no way that farmers and herdsmen would not cross each other,” he maintained.

“For instance, a driver would not pray for an accident but it is certain it would eventually happen. It is the same for cow and open grazing. It happens and it’s sort of a mistake.”

The Seriki Fulani then proceeded to criticize herders whose cattle ate farm crops and refused to compensate the farm owner, calling them “senseless”.

“Anyone whose cows eat farm crops and does not compensate the owner of the farm is senseless. If it’s a deliberate act, it is wrong. Let’s look at it, how many farms can cows eat from that would feed or satisfy them? Cows are never satisfied, it’s not possible.

“However, I have assisted many farmers to get compensation for the destruction of their farms by cows. There was no case of farm destruction reported to me that I didn’t send people to go and investigate the destruction of the farms and whenever we established that it was true, I would order the Fulani to pay money to the farmer. An example was the case of the Agoro family in Igangan and many more. I have a record of issues affecting the farmers.”

‌Speaking further, Salihu said the Yoruba and the Fulani in Igangan were living together in peace until the recent contentions and accusations of kidnappings were levelled against his people.

Abdulkadir faulted such allegations, saying that the kidnappers were actually of Yoruba extraction, noting that some Fulanis have been victims of such.

“We were living in harmony. I don’t know what caused the present strain in our relationship; it is not clear to me. But what I noticed is that the Ibarapa people suddenly didn’t want to see Fulani people around again. There was no quarrel between us; but I observed recently there were allegations that Fulani people were behind the kidnapping of the people in the area, which is a lie.

“From my findings, the people in Igangan were behind most of the kidnappings in the area. The indigenes were responsible for the kidnapping of the people and it came to a point that some of the victims were escaping from them. They then resorted to keeping the victims in their homes while negotiating for ransom with victims’ relations. I then made efforts to report them to the police both in Ibarapa and at the police headquarters in Ibadan.

“There was one incident in which a Fulani man was abducted. We arranged for several vigilantes who discovered the house where the man was kept. Eight suspects were arrested in connection with the crime through the police investigation. Out of the eight suspects, six are still in police custody. One of them escaped but was rearrested. He is still with the police; he has not been taken to court. Four of those arrested are detained at Agodi Prison as I speak with you.”

The Seriki Fulani also dismissed all claims that he was a kingpin to Fulani kidnappers in Ibarapa. He said the abductions are a result of collaborations between Fulani and the Yoruba people in the area.

“There is nothing like that. I have been the person reporting cases of kidnapping of both Yoruba and Fulani victims in the area. The records are there with the police, both in Eruwa and Ibadan. People should take the pain to find out. How can I be a godfather to the kidnappers?

“The majority of kidnapped victims in Ibarapa were Fulani people and if I count them, they are up to 24. On the other hand, the number of Yorubas that were kidnapped in Igangan cannot even be up to four.”
Cows must eat grass, so no way farmers and herders won’t clash — Seriki Fulani

For enquiries and details, call World Farmers Centre Admin on 08035219966 or WhatsApp us @+2348173030321.
Previous article6 Things You Should Do Urgently To Make Your Farming Business Grow
Next articleCheck out what Miyetti Allah says about the blockage of cattle and foodstuffs to South West