How SouthWest Governors Can Entice Youth Into Farming

How SouthWest Governors Can Entice Youth Into Farming

The Chief Executive Officer of SITOG Nigeria, Mrs. Grace Ajayi has advised governors from the South Western region of the country to encourage youths to embrace farming by giving them soft loans.

Mrs. Ajayi, who spoke on the heels of the recent blockage of food supply to the South West by the Amalgamated Union of Foodstuff and Cattle Dealers of Nigeria, noted that the best way to entice youth to go into farming is by making soft loans available to them.

She said that, “When they stopped the transportation of cows to the South West, it was tough because it became difficult for people to get cows to buy as they became very expensive. We have to travel far from Ogun State to Kwara State to buy a cow for about N350, 000 and it was extremely expensive”.

READ ALSO: See What NIRSAL, NASENI Partner to do on Agricultural mechanization for Farmers

She stressed that a cow, which used to be N200, 000 before the food blockade, was sold for N300, 000 to N350, 000 it made it difficult for the people to make profit and to avert such occurrence in the future, Ajayi urged South West governors to prepare the youths that are ready to venture into agriculture and provide the needed resources for them.

“Some of these youths are ready to venture into farming but they have no resources. I want to appeal to the governors in the South West to do everything to prepare the youths and there will be food sufficiency for us all,” she added.

This News Post is Sponsored by AVARTECH NIG LIMITED 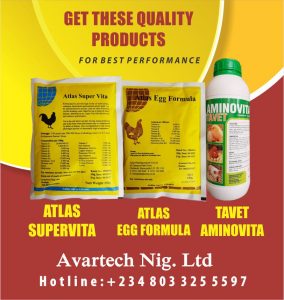