Mitigating the herder and farmer contentions in Nigeria 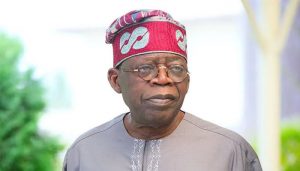 Mitigating the herder and farmer contentions in Nigeria

The herder-farmer dispute has taken on acute and violent dimensions. It has cost too many innocent lives while destroying the property and livelihoods of many others. It has also aggravated ethnic sentiment and political tension. Despite the efforts of some of those in positions of high responsibility and public trust, the crisis has not significantly abated. Sadly, others who should know better have incited matters by tossing about hate-tainted statements that fall dangerously short of the leadership these people claim to provide. We all must get hold of our better selves to treat this matter with the sobriety it requires.

Because of the violence that has ensued and the fretful consequences of such violence if left unabated, we must move in unison but decisively to end the spiral of death and destruction. Only when the violence and the illogic of it are halted can logic and reason prevail. Until the violence is rolled back, we cannot resolve the deep problems that underlie this conflict. We will neither be able to uplift the farmer from his impoverished toil nor move the herder toward the historic transformation which he must make.

Yet, as vital as security is to the resolution of this matter, we must realise security measures alone will not suffice. Enhanced security may be the necessary first step, but it cannot be the only step. Nor do we resolve this by hitching ourselves to emotional, one-dimensional answers. More to the point, those who cast this as exclusively a matter of ethnic confrontation are mistaken. This is no time for reckless chauvinism of any kind, on either side of this dispute. This matter is not ethnic in factual origin or actual causation although in the minds and hearts of too many it has become ethnic in recrimination and impulsive action.

READ ALSO:  What is Impeding the Growth of Nigeria’s Cocoa Industry

sporadic disputes in the past but this one is more severe. The reasons for the greater violence of this current dispute are myriad. Economic hardship and its resultant dislocation, proliferation of weapons, generalized increase in criminality, and weakening of social institutions all play a role. Desertification, increased severity and length of the dry season, diminution of water resources, impairment of land fertility and population growth also contribute in no small measure. Thus, any durable solution must get at most, if not all, of these issues.

Farmers have a right to farm their land unmolested. Herders have a right to raise their livestock without undue interference. However, when conflict between these groups arises to such an extent, we must set forth clear principles and policies to remove the tension, in order to allow both to proceed toward their stated goals and to live in harmony and according to their respective rights. Just as I cannot go into your house and take your shirt because I do not have one of like colour, no one can destroy the crops of a farmer or seize the cattle of a herder simply because such destruction sates their anger or their selfish, short-term interests. If such a condition were to hold, then all would turn into chaos; all would be in jeopardy of being lost. To destroy the crops or seize the property of the innocent farmer or herder is nothing if not an act of criminality.