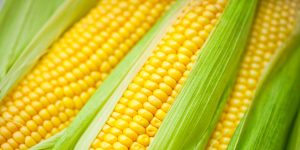 Chicago corn futures edged higher on Tuesday to notch an eight-day peak after a U.S. government report showed that export demand for the grain remained high.

* A weekly U.S. Agriculture Department report showed corn export inspections of 2.204 million tonnes, up from 1.673 million tonnes in the prior week.

* That topped analysts’ expectations, which ranged from 1.2 million to 1.9 million tonnes.

* The U.S. soybean crush was well below trade expectations in February, sinking to the lowest in 17 months, according to data released by the National Oilseed Processors Association (NOPA) on Monday.

READ ALSO: How SouthWest Governors Can Entice Youth Into Farming

* The U.S. dollar clung to small gains from the start of the week on Tuesday as caution reigned in currency markets ahead of major central bank meetings, headlined by a two-day Federal Reserve gathering beginning later in the global day.

* Oil prices fell on Tuesday, extending declines for a third day, as concerns about rising stockpiles in the United States added to the threat to demand posed by countries including Germany and France halting COVID-19 vaccinations.