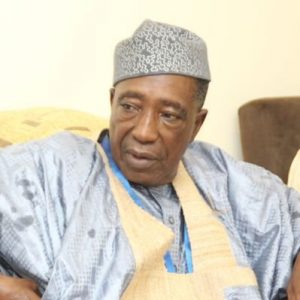 The Minister of Agriculture and Rural Development, Alhaji Sabo Nanono, has said the country had lost huge opportunities in its agricultural exports drive as a result of lack of extension workers to educate and guide export activities.

He noted that over the past four years, Nigeria had also been banned from the exporting its red beans into the European market because of the level of chemicals application in the crop, which is considered high for human consumption.

Speaking in Abuja at the opening of a training workshop for extension services agents in the 36 States of the federation including the Federal Capital Territory (FCT), the minister argued that these problems wouldn’t have arose, if there were extension workers to guide the farmers.

He pointed out that for local commodity crops including sesame seeds, herbiscus, soybeans and cassava among several others, to have meaningful export market, extension services must become a priority for the government and private sector.

The minister stated that over the years, extension work had been extremely useful in guiding farmers on how to plant, apply fertilizer, weed as well as time to harvest.

However, he said this important segment of agriculture had been relegated to the extent that extension workers are currently absent in some states.

He added that the development had serious consequences for agriculture and economic growth.

However, he said the government had embarked on a programme to increase its extension workers to 75,000 within the next to three years.

He said:”The implications of this is that we are way behind the average of our farmers to an extension worker even our neighbours have gone far ahead of us.

“So, one of the important issues when I came on as minister is extension work.

READ ALSO: Mitigating the herder and farmer contentions in Nigeria

I realised that we are losing a lot not only in direct production but also in post harvest because we lack enough extension workers to go round.”

The minister stressed that key issue for the country remained how to modernise agriculture adding that to create a platform between the sector and the industrial sector.

“But you have to have well trained and well equipped extension workers,” he said.

Nanono, who reiterated the cardinal principles of the present administration to grantee food security, said mechanisation is the way forward in agricultural practice.

He, nonetheless, bemoaned the low level of tractorisation in the country, which he put at about seven tractors to 100 square kilometers.

“If Nigeria is going to catch up with Kenya, it has to have 60,000 additional tractors in the country.

“And if we are going to create a strong synergy between agriculture and the industrial sector and play our role in the export of agricultural commodities, it means mechanisation is the way forward and that’s the programme the federal government is undergoing.”

He added that to achieve meaningful mechanisation,the country required extension workers who are capable of delivering results.

He said the government will continue to push towards repositioning extension services, “untill we achieve our target of 75,000 extension workers over a period of three years.”

He said about 45,000 extension workers consisting government and the private sectors are currently available.

He said:”It’s not an issue of only guiding the farmers, you (extension agents) should also strive to be farmers. Farming is becoming more attractive and I think of our teeming population, youth make up 70 per cent of the population.”

He said the way forward for the country was for the youths to make sacrifice to embrace agriculture while the government must also empower them into agriculture.