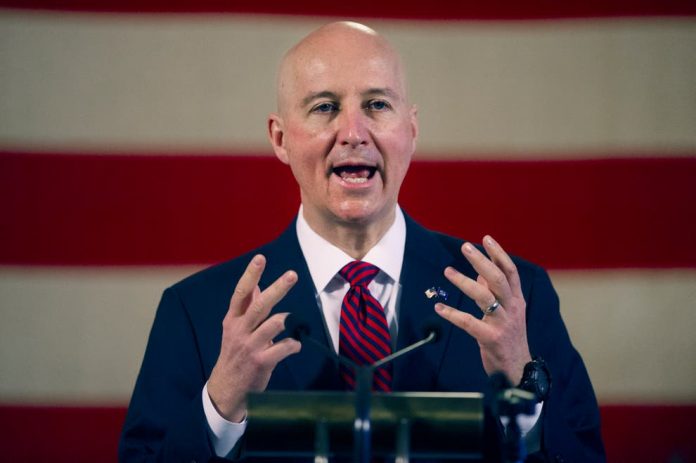 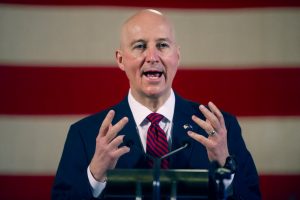 Nebraska Gov. Pete Ricketts railed Monday against a proclamation by the governor of neighboring Colorado that encourages people to avoid meat for one day a week, calling it a “direct attack on our way of life” and signing a pro-meat declaration of his own.

Ricketts surrounded himself with top officials from Nebraska’s meat, agricultural and restaurant industries as he declared Saturday “Meat on the Menu Day” in Nebraska. The day was chosen to coincide with Colorado’s “MeatOut Day,” a nonbinding proclamation signed by Gov. Jared Polis late last month and backed by an animal rights group.

“That is a direct attack on our way of life here in Nebraska,” Ricketts, a Republican, said at a news conference in an Omaha meat shop

Nebraska Department of Agriculture Director Steve Wellman said agriculture supports one out of every four jobs in state and generates $21 billion each year. Meat products alone generate about $12 billion annually, and the industry has continued to grow, he said.

“When agriculture does well, Nebraska does well,” Wellman said. “Agriculture is the heart and soul of Nebraska, and our 45,700 farm and ranch families keep our state going year after year.”

“MeatOut Day” was started in 1985 by the Farm Animal Rights Movement and seeks to encourage non-vegetarians to consider a plant-based diet. The move by Polis, a Democrat who eats meat, has faced criticism from his state’s ranching industry as well as some local governments and conservative groups in Colorado.

The Farm Animal Rights Movement argues that vegan diets promote health and have been shown to reduce the risk of heart disease, stroke, cancer, diabetes and other chronic illnesses.

But meat is a big deal in Nebraska, a state that proclaims May as “Beef Month” each year and sells “Beef State” license plates to motorists.

“If you were to get rid of beef in our country, you would be undermining our food security, an important part of a healthy diet, and also destroying an industry here in our state that’s very important,” Ricketts said.

Activists haven’t sought any similar measures in Nebraska, but Ricketts said he wanted to push back preemptively against their ideas “to make sure they don’t get any traction.”

“The agricultural industry is so important to the state, and the retail industry benefits in so man ways,” she said.

Ricketts has taken issue with Nebraska’s western neighbor before, most notably for Colorado’s decision to legalize recreational marijuana.

Nebraska is one of three conservative states that doesn’t allow marijuana in any form. Ricketts, an outspoken critic of the drug, has pointed to teen suicides and emergency room visits in Colorado to argue against legalization in Nebraska.