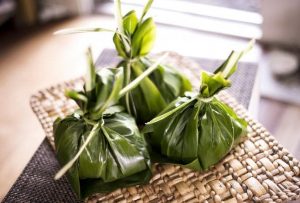 Scientists at Clifford University, Ihie, Isiala Ngwa North Local Government Area of Abia State are currently working on how to use leaves in place of refrigerator to preserve food items. Vice-chancellor of the university, Professor Chimezie Omeonu who disclosed this during a maiden pre-convocation press briefing on Tuesday, said that when the research work would be concluded, it would help reduce food wastage.

He also said that the research would tremendously impact on the economy of the country. The Vice Chancellor who said he spent 27 years with BABCOCK University before his current appointment, hinted that one of his visions was to make Clifford university a research based institution. He explained that Clifford university was established to replicate the success stories already recorded in BABCOCK which today ranks top among private universities in the country. ” Clifford university is owned by the Adventist Church which also owns BABCOCK University, and our aim is to replicate what we have achieved at BABCOCK”, he declared.

He argued that Adventist Church had strong passion for education hence it has over 120 universities all over the world including BABCOCK and other renowned global universities. ” Clifford university is one of the cheapest private universities in the country. Our fees range between N350,00 to N400,000 per annum including hostel accommodation”. He identified paucity of funds as one of the major challenges of the university commended Dr. Adedeji Adeleke, who he said awarded full scholarship to 105 students in the university.