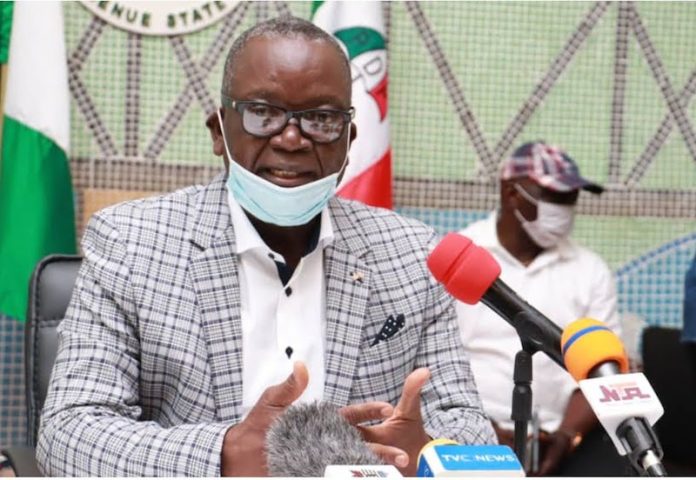 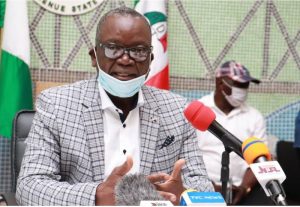 See how Gov. Ortom ran for close to two kilometres after suspected armed herdsmen attacked him on his farm

Governor Samuel Ortom on Saturday credited God, his security aides and his physical fitness for his escape from death at the hands of some people he identified as herders.

The governor alleged that he was attacked on his farm at Tyo-mu on the Makurdi-Gboko Road by about 15 gun carrying men.

He called for the arrest and prosecution of leaders of Miyetti Allah Kautal Hore who he alleged had singled him out for assassination at a recent meeting in Yola, Adamawa State.

Narrating his ordeal to reporters in Makurdi moments after escaping the attack, the governor said he ran for more than one kilometer on foot as the herders swooped on his entourage.

“I thank God for my fitness to have run for more than one and a half kilometres without stopping,” he said.

“It means that God has given me strength and I am grateful to God.”

He said the six security aides who were with him did a yeoman’s job, taking on the 15 armed herders who came for his life.

While the security aides engaged and repelled the bandits, Ortom said he seized the opportunity to take to his heels, running a distance of over one and a half kilometres.

His words: “I appreciate the security men attached to me. They were able to repel them and they could not have access to me.

“And I thank God for my fitness to have run for more than one and a half kilometres without stopping. It means that God has given me strength and I am grateful to God.

“I don’t have problems with any Fulani man or Fulani race. But I have a problem with Fulani bandits who have vowed to take over Nigeria as their ancestral home. And I say no. Not when I am here and when I am governor leading my state.

“If I can’t go to farm as a governor with the entire security around me, then who else can go to farm? You can imagine the pains that we have here in Benue State.

“Thank God for Mr President who responded to my letter that anyone with AK-47 should be shot on sight. I’m yet to see that. Let me see it happen in Benue State.

“I have reported this to the security agencies and I hope that this will be done so that the land will be safe for our people to go back to farm and do their work and survive and live their lives.

“I want to call on Mr President, on the security agencies to fish these people out. They are in the forest between Makurdi and Abinse.

“They are living there and they are coming out to commit atrocities – rape women, kill our people, maim them, destroy our farmlands. And anytime the security agencies go after them, they run across the river and back to the forest.”