See what the minister of Agriculture asserted on Agricultural mechanisation 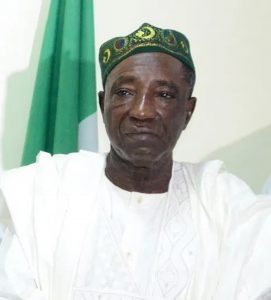 See what the minister of Agriculture asserted on Agricultural mechanisation

Agricultural mechanization is the globally accepted standard presently, aimed at massive cultivation and output, the Minister of Agriculture and Rural Development, Alhaji Muhammad Nanono has asserted.

Nanono who made the assertion while exchanging views with journalists in Abuja late on Saturday, said mechanisation would produce massive output with more than enough to feed the population and export abroad.

According to him, the major components of his agenda in the ministry has always been to implement agricultural mechanisation which is globally accepted.

Nanono said it was time to put the hoes and cutlasses away for a more mechanised agriculture noting that the task was enormous but must be done to make agricultural sector the bedrock of the country’s development.

The minister said he planned to organise a news conference on mechanised farming adding that sesnsitation on the issue was very important.

Nanono said that the Ministry had distributed equipment to support small scale farmers, while planning to support women farmers with seedlings and equipment.

He said another intervention by the ministry of agriculture was in the area of research and development.

Nanono said the ministry had leverage in irrigation farming adding that there was need to widen “our irrigation facility for production of rice”.

“In alleviating the effects of COVID-19 and the devastation occasioned by flooding, we have distributed 70,000 metric tonnes of assorted grains to vulnerable Nigerians as palliatives on the directive of Mr. President.

READ ALSO: See how Fish farmer raises alarm on use of chemicals to preserve fish

“We have also flagged-off the distribution of free farm inputs and improved seedlings to small holder farmers across the nation.

“I am also mindful of the fact that the small scale farmers have fed this nation until this moment.

“Consequently, I am currently repositioning, strengthening and enhancing subsistence farming by harnessing and organising small scale farmers into clusters.

“This will boost their productivity by providing them with common infrastructure such as tractors, harvesters, planters, electricity, water bodies, mini irrigation pumps and subsidized farm inputs among others,” he said.

Earlier, the Director of Information in the ministry, Mr Theodore Ogaziechi, expressed optimism that the session with journalists would add value to the operations of the ministry.

Also speaking, Dr Razak Owolabi, the Head of Agriculture and Environment Desk, News Agency of Nigeria (NAN), appealed to the information unit of the ministry to regularly enlighten the public on proper cleansing of preserved foodstuff before cooking.

Owolabi who spoke on behalf of editors at the occasion, said this would ensure that Nigerians consumed safe and healthy food thus decreasing long term negative effects of preservatives on the human body.

In his remark, Mr John Oba, the Chairman, Agriculture Correspondents Association of Nigeria, called on the minister to meet regularly with correspondents so that achievements of the ministry would be known at home and abroad.

For enquiries and details, call World Farmers Centre Admin on 08035219966 or WhatsApp us @+2348173030321.
Previous articleSee the 3 “lucky farmers “ out of 2,187 farmers in Plateau State
Next articleNigeria’s livestock sector has economic potentials worth N33 trillion, Nanono said.