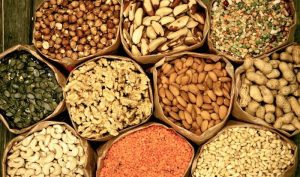 Nigeria’s seed industry, which has been stagnated for many years, may see a turnaround in productivity as the new Plant Variety Protection (PVP) law accelerates investment and gives farmers more access to quality seeds.

The new seed law that now gives breeders intellectual property over a new plant variety with exclusive rights to commercialise seeds and propagate material will incentivise national and multinational investments into the seed sector.

The PVP Bill (HB 68) was passed into law by the Senate on March 3 after several months of deliberations, according to the Nigerian Economic Summit Group (NESG).

Through the Partnership for Inclusive Agricultural Transformation in Africa (PIATA), together with AGRA, the Rockefeller Foundation, Bill and Melinda Gates Foundation and USAID, the NESG has been collaborating with the Nigeria Agricultural Seed Council (NASC) to support the enactment of legislation that would provide a plant variety protection system in Nigeria.

Lack of a seed law in Africa’s most populous nation before now has limited the country from harnessing opportunities embedded in its seed sector, thus leaving farmers with low-quality and adulterated seeds and seedlings that portend danger to crop production and food security.

READ ALSO: See how Fish farmer raises alarm on use of chemicals to preserve fish

“The new seed law will drive new investments into the country’s seed industry and bridge the production gaps as it will encourage plant breeders to develop improved varieties,” noted Moruf Ayodele Adebisi, a professor of plant breeding and seed technology, Federal University of Agriculture, Abeokuta.

“Farmers will have more access to quality and improved seed varieties as this happen, and productivity will increase as well,” Adebisi said.

The new seed law will encourage breeders to be more effective in their breeding efforts owing to the benefits the PVP act brings to them, he stated.

The law will also promote the marketing of new plant varieties and allow breeders earn back the considerable costs involved in the long process of variety development.

In addition, the PVP law will help reduce the deleterious effects of excessive seeds and seedlings importation into the country, especially in a period of acute foreign exchange shortage.

“Before now, seed companies are not allowed to produce breeder seeds – which are needed to produce foundation and certified seeds for commercial purposes but to buy from agric research institutes, who barely produce enough,” Stella Thomas, managing director, Tecniseeds, said.

READ ALSO: See how Gov. Ortom ran for close to two kilometres after suspected armed herdsmen attacked him on his farm

“But with the new seed law, we would be getting the volume of breeders’ seed we require to produce foundation and certified seeds in the shortest possible time,” Thomas stated.

It will help reduce the importation of seeds into the country, she noted, stressing that the challenge now for seed companies would be higher cost as breeders will want to charge higher for their intellectual property rights.

Nigeria’s total national seed requirements for major crops, including maize and rice, stood at 413,417.64 metric tons (MT) in 2017, while the quantity available was 93,306MT, leaving a gap of 320,111MT, data from the National Agricultural Seed Council (NASC) stated.

Currently, Nigeria has a total of 314 registered seed companies, according to the National Seed Council, but BusinessDay investigation found that only 40 of the registered companies are in operations.

BusinessDay visited the premises of some seed companies located across five different states and found out that many of the registered firms by the NASC were not functional.

Experts say globally, seed companies are licenced to produce breeder seeds by going through some technical processes with various regulatory agencies in their respective countries.

The report recommends the country put in considerable effort in the development and operationalisation of a functional PVP system as well as working out an appropriate enforcement system.

It states that a sector-wide understanding and ownership is crucial for PVP to result in the availability of better varieties for smallholder farmers.