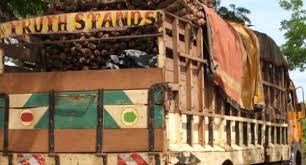 The Federal Government is set to formulate a unified single tax regime for agricultural produce moving from one part of the country to the other.

This is aimed at eliminating prevalence of multiple taxation, and imposition of illegal taxes by states and local governments for produce in transit which currently cause unnecessary blockades on the country’s highways.

The Minister of Agriculture, Alhaji Muhammad Nanono disclosed this in Abuja on Thursday, while announcing a seven – man committee to work out modalities for the formulation of the necessary regulations that the regulations and laws would ultimately help in addressing and solving the existing problems.

Nanono said that unless the problems were remedied, they could jeopardize the nation’s quest to entrench food security that his ministry had the mandate of coordinating and organising the marketing of agricultural produce in the country.

He also said the Ministry of Agriculture will work with relevant sister ministries and agencies to formulate a Unified Single Tax Regime for Agricultural Produce in transit.

The Minister further disclosed that he would hold consultations with the Governors Forum, relevant ministries and agencies, as well as other relevant stakeholders to concretise the initiative.

The Permanent Secretary in the ministry, Dr. Earnest Umakhihe, said the move was timely and it was in view of the need for the country to continue pursuing its resolve to ensure peace and stability as well as the much needed food security for Nigerians.

The seven man committee is headed by the Director, Veterinary Services, Dr. Olaniran Alabi, and it included Mrs Folashade Joseph, Managing Director Nigerian Agricultural Insurance Corporation and Alhaji Alwan Hassan, Managing Director, Bank of Agriculture Will be inaugurated formally by the permanent secretary on the 29th of March.