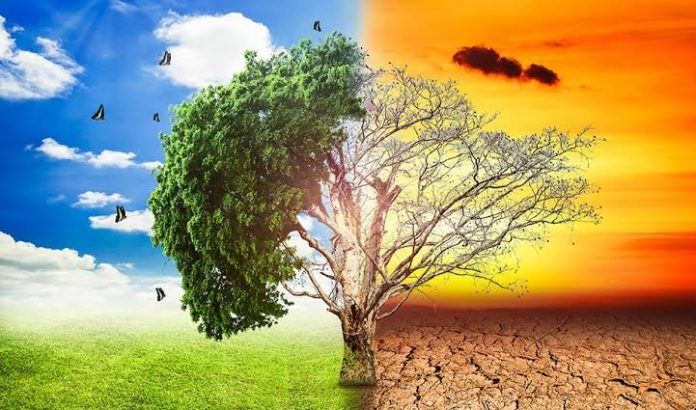 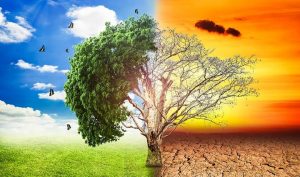 The Hurting Effects of Climate Change on Farm Productivity

The climate crisis is already eating into the output of the world’s agricultural systems, with productivity much lower than it would have been if humans hadn’t rapidly heated the planet, new research has found.

Advances in technology, fertilizer use and global trade have allowed food production to keep pace with a booming global population since the 1960s, albeit with gross inequities that still leave millions of people suffering from malnutrition.

But rising temperatures in this time have acted as a handbrake to farming productivity of crops and livestock, according to the new research, published in Nature Climate Change. Productivity has actually slumped by 21% since 1961, compared to if the world hadn’t been subjected to human-induced heating.

With the global population set to rise to more than 9 billion by 2050, the UN’s Food and Agriculture Organization has estimated that food production will have to increase by about 70%, with annual crop production increasing by almost one 1bn tonnes and meat production soaring by more than 200m tonnes a year by this point.

Meanwhile, global temperatures are rising at a rate that scientists warn is extremely dangerous for human civilization.

“The impact already is larger than I thought it would be,” said Ariel Ortiz-Bobea, an economist at Cornell University who led the research.

“It was a big surprise to me. The worry I have is that research and development in agriculture takes decades to translate into higher productivity. The projected temperature increase is so fast I don’t know if we are going to keep pace with that.”

READ ALSO: The Relationship Between Food Shortages and Insecurity

The research measured productivity by inputs – such as labor, fertilizer and equipment – and the output in food they produce, using a model to determine how climate change has influenced this relationship.

While farming has generally become far more efficient in recent decades, it is increasingly menaced by heatwaves that exhaust farm workers and wither certain crops. Extreme weather events and drought can also affect the output of a farm, particularly smaller operations in poorer countries.

In 2019, scientists who analyzed the top 10 global crops that provide the majority of our food calories found that climate change is reducing the worldwide production of staples such as rice and wheat. Again, less affluent countries are suffering worst from this situation.

The intensification of farming to boost output has in itself caused major environmental damage, through the deforestation of grazing land, loss of valuable topsoil, pollution from pesticides and the release of vast amounts of greenhouse gases that contribute to global heating.

“Ultimately we want to increase productivity in a changing climate but a bad way to do that is by increasing inputs such as land and water,” said Ortiz-Bobea. “If we were more productive we could produce more with less of an environmental footprint.”

Weston Anderson, a researcher of food security and climate at Columbia University who was not involved in the study, said the new research provides fresh insight into the magnitude of the impact upon agriculture.

“The regions that this paper highlights as experiencing the largest reductions in agricultural productivity – Central America and the Sahel – contain some of the least food secure countries in the world, which is a real concern,” he said.

“It means that populations that were already food insecure are shouldering the heaviest burden of climate change, and highlights the importance of doing all that we can to improve agricultural production in these vulnerable regions immediately.”

Adapted from: The Guardian

This News Post is Sponsored by KACHELAN PHARMA RESEARCH LIMITED