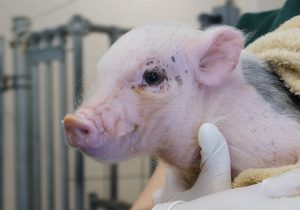 A survey carried out across the UK and seven other European countries asked people found increased recognition of awareness of the benefits of medicines for the health and welfare of pets and farm animals, and of their role in helping farmers produce food more sustainably.

The survey, commissioned by NOAH’s European animal health association Animal health Europe, found that the majority (73%) believed veterinary medicines have a positive impact on the welfare of farm animals. Three quarters (76%) reported believing the vaccination of farm animals helps to prevent diseases being transferred to people, with 79% of those in the UK agreeing farm animals should be vaccinated regularly.

For example, more than half (55%) were unaware that use of hormones as growth promoters in farming has been banned in the UK since the 1980s, with 61% not aware that antibiotics have been similarly banned for growth promotion purposes since 2006.

NOAH Chief Executive Dawn Howard said they were ‘delighted’ to see great support for UK farmers and vets in this survey: “We are also encouraged by the recognition of the positive contribution of veterinary medicines to our lives, and the role healthy animals play in sustainable UK farming. Prevention is truly better than cure and this year in particular has shown the importance of vaccination.

“Where misunderstandings and concerns do exist, such as around the use of antibiotics to treat farm animals, we will continue to help address these and help explain the strict regulations that govern the authorisation of all animal medicines and the work we all do to support their responsible use.”

For enquiries and details, call World Farmers Centre Admin on 08035219966 or WhatsApp us @+2348173030321.
Previous articleNigeria’s Poultry, Egg Prices ‘Highest Ever’ Amidst Inflation, Insecurity
Next articleSee how National roadmap cause transformation to Nigeria’s wheat industry