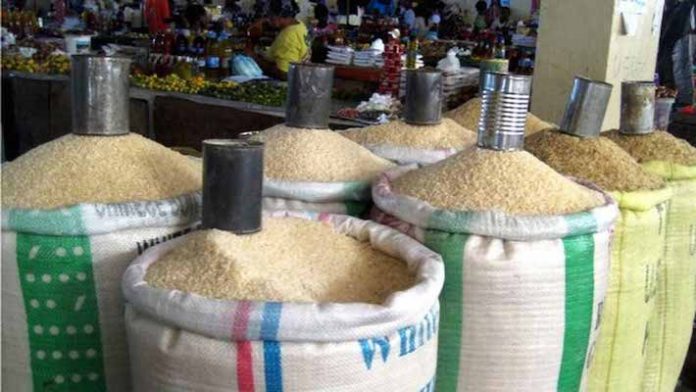 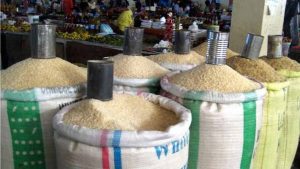 Constant push by the Nigerian government to increase its rice production has fuelled the rebranding of top local brands, as markets are constantly raided to confiscate foreign rice.

“Most of the Nigerian rice at the market is re-bagged. They are not from the company written on the bags. The content doesn’t look the same when you check it round as some have shorter grains, brownish while others are white with stones,” said a consumer who simply gave her name as Odunayo, who was at Surulere Market to buy a bag of rice.

“I was so confused and frustrated walking around the market; I decided to leave because none of the bags were the same,” she said.

However, the gains recorded in the Nigerian rice industry during the period the nation closed it borders are fast fading away as foreign varieties make a return to markets across Lagos State.

Despite the increase in productivity per unit of cultivated land and the expansion of mills in the last four years, the quality of most local varieties has remained perpetually poor, thus fuelling consumers’ preference for foreign varieties.

Low quality coupled with the high cost of production has made local rice uncompetitive. Imported brands from Thailand, Vietnam and Indian are the preferred options.

“I was compelled to consume our local rice because I couldn’t find any foreign varieties in the market when the border closure policy was still active,” said Mary Odenigbo, a mother of two who was at Oyingbo Market to make a purchase, told BusinessDay.

“But now that you can find them in the market I have switched back to consuming foreign rice varieties because the quality is better,” Odenigbo said.

“You find stones in most local varieties and they are still not good enough to make jollof rice. How can I continue using my money to buy what is detrimental to my health?” she asked.

Odenigbo’s refusal to buy local rice because of quality issue is what has led many Nigerians to ditch it for foreign brands.

In August 2019, after restricting access to forex for rice importers, Africa’s most populous country went a step further to close its land borders to stamp out smuggling, especially from neighbouring Benin Republic, with rice being the main target.

READ ALSO: Veterinary medicines ‘have a positive impact on the welfare of farm animals’

However, the policy only resulted in upsurge in prices of local rice as 4.7 million metric tons (MT) of rice the country currently produces is still 2.3 million MT below the 7 million MT Nigeria demands, according to the agricultural ministry.

With the borders shut, illicit dealers are determined to move their goods across borders through new smuggling routes to fill this demand, according to a report by the Institute of Security Studies.

To confirm Odunayo claims, BusinessDay surveyed markets in Oshodi, Ketu, Mile 12, Mushin, and Oyingbo and found that foreign rice is being re-bagged as some of the top local brands.

Also, some local rice of poorer quality is re-bagged as well.

More so, the survey shows that foreign brands are gradually returning to the shelves of traders.

Nevertheless, there was no single grain of foreign rice variety on the shelves of traders in Dalenko Market – Nigeria’s largest rice market.

This is because traders in the market keep the foreign grain under wraps to prevent it from being confiscated by security officials as the market is constantly being raided by the Nigerian Customs.

READ ALSO: Nigeria may face shortage of poultry food due to outbreak of Influenza

“We still need to improve on the quality of our rice, and the price has to be lower. These are the two major reasons making consumers prefer imported rice,” Demola Adeniyi, a rice trader at Daleko Market, said.

“If foreign brands are selling for N24,000 currently, then local brands should not be above N13,000 because it is grown and produced in the country,” Adeniyi said.

The Central Bank of Nigeria (CBN) tried constantly to control the price of rice by entering agreements with millers to sell at a particular price to keep the price low.

Many smallholder farmers still make use of crude implements in fields lacking irrigation channels to cultivate the grain, thus making them get far less from their lands than other major rice growers.

Mills are often run on diesel while poor roads make getting the crop from the main growing areas in the North to consumers in the South difficult and costly. All these have constantly increased the production cost of Nigerian rice. “Our local rice cannot compete because of the high production cost. The high rate of insecurity is making farmers abandon their farms. Many that cultivate rice still do so using hoe and cutlass and prices of inputs keep surging,” said Rotimi William, CEO, Kereksuk Rice Farm.

“For us to compete, farmers must start growing rice using technology to increase their yields per hectare. If the cost of paddy can drop as a result of abundant supply then millers cost will also be reduced and this will result in cheaper rice,” Williams said.

Mechanisation in Nigeria agriculture, which can expand the value chain and create more jobs, is lacking, according to NOI Polls.

Nigeria is 132nd out of the 188 countries worldwide measured by FAO/United Nations report in terms of the number of tractors in the country. This is one reason farming has been mainly subsistence, rather than commercial.

Nigeria needs $3 trillion to bridge its huge infrastructure gaps, according to a report by Moody’s Investors Services, a global rating agency.

Road and rail systems are insufficient to facilitate the movement of goods and services within the country.

Energy remains a big challenge in Nigeria, with its deficits increasing operational cost for rice processors and reducing their expansion rate.

Most rice mills are running on generator plants and this constitutes the bulk of their production cost,” noted Abiodun Olorundenro, operations manager, Aquashoots Nigeria.

“We need to address infrastructural problems as it has continued to limit the sector and make our products not competitive,” he said.