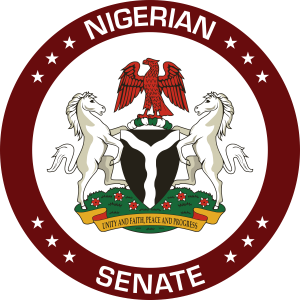 President of the Senate, Ahmad Lawan, has said that the development of the livestock industry in Nigeria is critical to the diversification and growth of economy.

Lawan made this known on Tuesday in his remark after a bill for an Act to establish the National Livestock Identification and Management Bureau scaled second reading on the floor.

According to Lawan, the livestock industry in Nigeria, if properly harnessed and regulated, has the potential of generating trillions of naira needed to stimulate the economy along the trajectory of exponential growth.

The Senate President, while delivering his ruling on objections raised amid debate on the bill by Senator Surajudeen Ajibola Basiru, which questioned the competence of the National Assembly to legislate on the livestock industry, argued to the contrary that the apex legislative body was acting within its legislative jurisdiction to seek the establishment of the National Livestock Identification and Management Bureau.

He said: “This is an industry of between N5 to N10 trillion naira in this country. [And] any government or parliament will try to do anything possible to ensure that such an industry is protected and promoted to ensure that people earn their livelihood and have a food reserve of sort from that industry.

“I believe that in this Senate, we even had a resolution or intervention that was based on the Doctrine of necessity, because there was need for the National Assembly to intervene even when it was clear that there was no provision for such a situation.

“The identification is just one side of it, but the protection and management of this sector of our economy that is so huge and massive is critical to our economy.

“It is not something that we will leave to the states to do whatever they want to do. Let the states also try to legislate to compliment whatever the National Assembly will do.

“So, based on Standing Order 25(h) which gives me the authority to interpreted both our standing orders – the rules and constitutional point of orders – I rule that this Senate and, indeed, the National Assembly has the legislative competence to legislate on this matter”, the Senate President said.

Earlier, sponsor of the Bill for an Act to Establish the National Livestock Identification and Management Bureau, Senator Muhammad Enagi Bima (APC, Niger South) said the livestock sub-sector is an integral part of agriculture and vital to the socio-economic development of the country, though its productivity currently is very low.

He stressed that the piece of legislation under consideration seeks to solve the challenge of animal identification and management in Nigeria.

According to the lawmaker, the Bureau when established would be responsible for livestock identification, traceability, registration, cattle rustling control, livestock disease control, among others.

“Mr. President, Distinguished Colleagues, Agriculture is the main stay of our economy and a key sector to diversify the economy away from oil.

“The livestock sub-sector is an integral part of agriculture and vital to the socio-economic development of the country, though its productivity currently is very low.

The bill after consideration was referred by the Senate President, Ahmad Lawan, to the Committee on Agriculture and Rural Development.

The Senator Abdullahi Adamu-led Committee is expected to report back to the upper chamber within four weeks.

READ ALSO: Effect of insecurity on Agricultural import and export

While the Bill for An Act to Amend the Nursing and Midwifery Act (Amendment) Bill, 2021, was referred by the Senate President to the Committee on Health; the Bill for An Act to Establish the Integrated Corporate Commercial Data Management Commission; and the Critical Infrastructure Protection Bill, 2021, were both referred to the Committee on Establishment and Public Service.

The Committees are also expected to turn in their reports within four weeks.