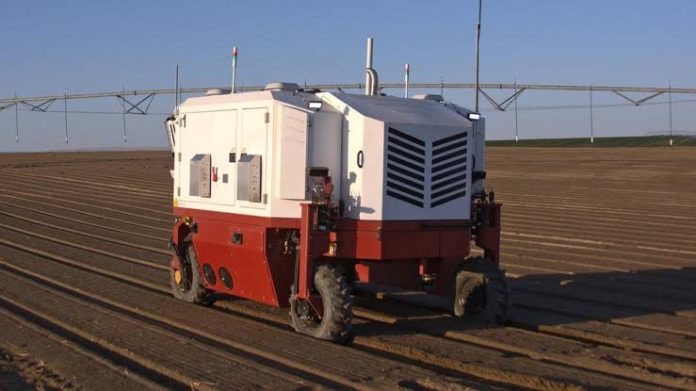 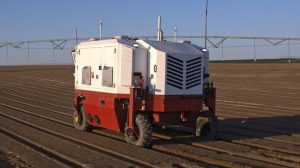 Check out the New Farming Robot that Kills Weeds with Lasers

Carbon Robotics has unveiled the third-generation of its Autonomous Weeder, a smart farming robot that identifies weeds and then destroys them with high-power lasers.

Weeds compete with plants for space, sunlight, and soil nutrients. They can also make it easier for insect pests to harm crops, so weed control is a top concern for farmers.

Chemical herbicides can kill the pesky plants, but they can also contaminate water and affect soil health. Weeds can be pulled out by hand, but it’s unpleasant work, and labor shortages are already a huge problem in the agriculture industry.

“It’s harder to find people to do that work every single year,” vegetable farmer Shay Myers told the Seattle Times.

The Autonomous Weeder kills weeds without harming soil or water, and it operates autonomously, eliminating the reliance on manual laborers.

How it works: The farming robot looks like a large cube on wheels.

As it drives itself down rows of crops, its 12 cameras scan the ground. An onboard computer, powered by AI, identifies weeds, and the robot’s carbon dioxide lasers then zap and kill the plants.

The Autonomous Weeder can eliminate more than 100,000 weeds per hour and weed 15 to 20 acres of crops in one day — for comparison, Myers said a laborer can weed about one acre of his onions per day.

Myers expects the farming robot to pay for itself in two to three years, but it does come with a hefty price tag: Carbon Robotics’ CEO Paul Mikesell said it costs hundreds of thousands of dollars without providing an exact price.

That’s not an unheard of price range for agriculture equipment, but it could still put the robot out of reach for many farmers, though leasing options are available.

Even farmers who can afford to buy the robot might not be able to get their hands on one for some time Carbon Robotics has already sold out of the bots it had available for 2021 delivery.

Those who have managed to get their hands on the farming robot appear pleased with its performance, though.

READ ALSO: What NSCDC did to Resolve Conflict Between a Farmer and a Herder in Kwara

“This is one of the most innovative and valuable technologies that I’ve seen as a farmer,” James Johnson of New Mexico’s Carzalia Farm said in a press release.

“I expect the robots to go mainstream because of how effectively they address some of farming’s most critical issues, including the overuse of chemicals, process efficiency, and labor,” he added.