Check out this e-learning opportunities to boost Agribusiness 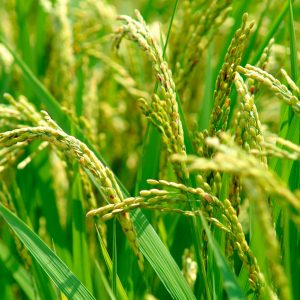 Check out this e-learning opportunities to boost Agribusiness

An e-learning platform that would serve as an opportunity to leverage current technologies to educate farmers and agripreneurs across the value chains in the agricultural ecosystem has been launched in Lagos.

The platform is the brainchild of Corporate Farmers International (CFI) that partnered with the Chartered Institute of Stockbrokers (CIS), Lagos State Ministry of Agriculture and Kebbi State.

Prince Ade-Ajayi, Co-Founder of CFI, during the unveiling event of the e-learning platform on Friday in Lagos, said CIS and CFI in 2019 signed a Memorandum of Understanding on certification of trainees from the CFI e-Learning Academy to enhance value in the agriculture sector.

The co-founder said that the platform would serve as an opportunity to leverage current technologies to educate farmers and agripreneurs across the value chains in the agricultural ecosystem.

He said the objectives were to provide educative content and information to participants; expose learners to agricultural opportunities, locally and internationally and receive validation from the agricultural learning community.

“We have five courses in areas like Agribusiness and Finance; Agriculture Science and Agriculture Extension. These courses are specially designed to attract youths and unlearn the former norm.

“Digitalisation is key to development and that is why we have embarked on this fully digital form of learning.

”Information is also crucial in any sector, we are not leaving the children behind in our quest, it is an all-inclusive partnership.

“Graduates will be awarded certificates by the CSI upon completion of the courses,” Ade-Ajayi said.

He added that the five focus of the initiative were; agricultural technology: agricultural science; food and nutrition, agricultural extensions and agribusiness and finance.

Ms Abisola Olusanya, Lagos State Commissioner for Agriculture, said the population of Lagos had made it necessary to explore ways of increasing food production and enhance productivity to attain food sufficiency.

Olusanya, represented by the Permanent Secretary, Mr Akeem Adeniji, said the state was open to ideas to help address the challenges of food production, applying technology into the agriculture value chain.

She commended the CFI team and promised continued synergy between both parties to achieve a highly informed and educated farming public.

READ ALSO: Farm machinery and equipment you should know

Also, Mr Akin Alabi, a CFI Co-founder, while demonstrating the processes of being enrolled in the online academy, said that the products were aimed at closing major gaps with the agriculture sector such as children, teen involvements and creation of jobs.

Alabi said that although the academy was fully digital, arrangements were in place for field and practical training with the CFI partners.

He noted that tutors were already on the ground to train registered participants at a relatively low cost and free in some cases.

In his contributions, Mr Tukur Mohammed, representative of the Kebbi State Government said that the partnership was a breath of fresh air as the state has always sort ways to grow agriculture.

Mohammed said any institutions presenting opportunities to help Kebbi improve its agriculture beyond rice was welcomed because the state was known mostly for rice farming but its activities were beyond that.

He said the state was available for the practical aspect of the courses.

Previous article
Farm Machinery And Equipment You Show Know
Next article
Check out how the prices of food items like flour, pepper, others surge

How to permanently DAMAGE the destructive activities of RATS on your farms, warehouses and home

How to permanently DAMAGE the destructive activities of RATS on your farms, warehouses and home