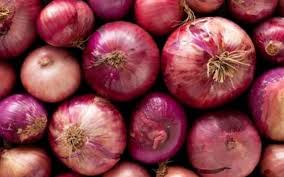 The Onion Producers and Marketers Association (OPMAN) has suspended the supply of onions to the southeast region over security concerns as there has been rising cases of attacks on security and government agencies in th region.

The decision was announced on Wednesday by the association’s national president, Aliyu Isah, OPMAN. He stated that the decision was taken following the hijacking of two truckloads of consignments by gunmen in Imo state.

The gunmen were said to have seized the vehicles and distributed their contents to the public.

READ ALSO: How to calculate the amount of chemical to be used in Fish ponds

Although the cause of the fire is yet unknown, Umar Aliyu, one of the farmers affected, said the fire started from Yan doya market at about 12:30 am on Wednesday.

READ ALSO: How Orange Fleshed Potato can Serve as Feed for Cattle

“We were told that it started from a Golf vehicle that was offloading yams at the market and later spread to other places including where our storage facilities are,” he said.

“I personally lost 60 bags of onion and I know some that have lost more than 100 bags.”

The national president said the problem could lead to a serious onion crisis in the country because most of the affected producers and marketers had lost their investment.

“We are only praying to God to bring succour to them but it was a terrible and unfortunate incident,” he said.

“Some of the farmers sell their produce to buy input for the upcoming season and with this development, they cannot go back to the farm.”

He appealed to the federal and state governments to assist them so that they could sustain their businesses.