Nigeria’s rubber production has been plunged into a crisis as producers in the agricultural sub-sector bemoan lingering abandonment, adding that the Central Bank of Nigeria (CBN) has failed to grant access to funding and credit facilities.

Peter Igbinosun, chairman, Natural Rubber Producers, Processors and Marketers Association of Nigeria (NARPPMAN), speaking on the declining rate of rubber production, said the rubber sector has been neglected by the authorities and this was affecting production of the 10,102 registered members of the association.

Igbinosun explained that the association had applied for funds to resuscitate the dying natural rubber subsector but were continually told that rubber is not the priority of the federal government. He added that the producers were blocked from meeting authorities at the CBN when they requested financial support in the rubber industry. 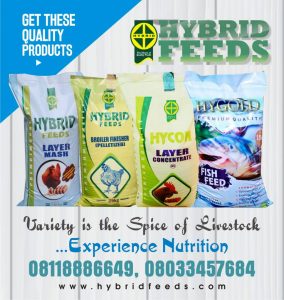 “They said because rubber has a very long gestation period, therefore they have no funds to appropriate except for rice and other immediate economic crops that yield early enough,” he noted.

According to him, the government’s non-commitment to rubber is detrimental to the nation’s economic diversification plan as rubber is one of the country’s most reliable agro-commodities capable of generating significant revenue for local businesses and creating employment opportunities for thousands of the Nigerian populace.

“The health institutions depend on byproducts of rubber; our shoes, surgical gloves, mattresses, car tyres, name them, are all rubber. Yet they want to collectively kill the sub sector. They should know that, ‘No Rubber, No Nation’,” he said.

The NARPPMAN president further appealed for the subsector to be given priority in funding, insisting that the producers employed over 300,000 persons directly and indirectly in Nigeria’s rubber value chain.

Reacting to the allegation levelled against the CBN, Osita Nwanisobi, acting director of Communication at the apex bank, vehemently denied that rubber producers were refused access to funding

“Who told them that rubber is not given priority? I am not aware of what they are saying. We want them to come up with facts that they are blocked from accessing funds or our authorities,” he remarked