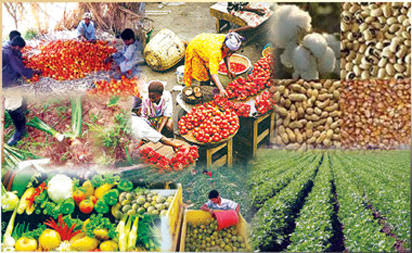 High Cost of Food: Fate of Farmers In IDPs

A commercial maize farmer in Benue State, Tarnongo Viralis has said that insecurity is fueling high cost of food because most of the farmers in the north are now living in Internally Displaced Persons (IDPs) camps.

Viralis said for the first time in history, a bag of maize has gone over N30,000 because farmers cannot access their farms again due to increase in banditry, kidnapping and terrorism.

“The high cost of farm produce in the country is because of insecurity, most farmers are in the Internally Displaced Persons camp, there are no farmers in their places to produce all these food that is why the price of food items is high.

“Since I was born, this is my first time seeing that a bag of corn is above N30,000, and corn is not available for people to buy, a bag of soybean is sold for over N40,000, it is very strange. Farm inputs such as fertiliser and chemicals are very expensive and farmers cannot afford them”, he said.

For Femi Abioye, the President of Igangan Agro Park Investors Association (IAPIA), to reduce the price of food in the market, there is a need to increase investment in agriculture, which will trickle down to all the value chains of agricultural commodities.

READ ALSO: How to Move to the Next Level in Your Farming Business

He said access roads to farms and general logistics challenges in moving farm produce should be addressed so that the cost of moving food would reduce, which would in turn force down the price of food.

He however admitted that the lingering security challenges in the country are contributory factors on the high cost of food price in the market.

“We have less people on the farm compared to 5 years ago. North East for example, if there is peace in that region, the cost of beans will go down by at least 50 per cent because they are the largest producers of beans and a large percentage of the farming community has been destroyed.

READ ALSO:10 Things Many Farmers Don’t Do That Are Making Them Give Up Fast In Farming Business

“In the South, the criminal herdsmen keep destroying farmers’ crops, now they have gone into full blown banditry and kidnap farmers for ransom, kill farmers and we have few farmers in the region, in the last 2 years, I have not slept in my farm and I am into commercial agriculture.

“Some people have totally run away. So insecurity is part of what is pushing up the cost of food because we now have less farmers and the population keeps growing, so there is competition for food.