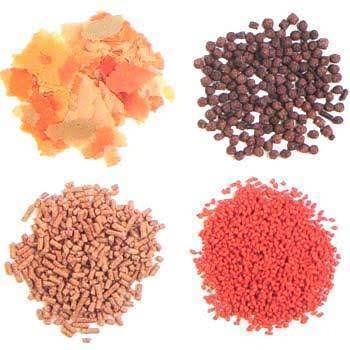 Unconventional feeds for catfish are most time waste from their point of origin and can be used as an alternative diet for your fishes. Some of these supplementary feed complement your pellet well and make your fishes to perform excellently when rightly used. Ask those who operate an integrated farm how they have been able to cut down the cost of their feed without compromising the quality. They will tell you that it has been through the use of waste from one point as an input in another point.

Don’t neglect this piece because it can help you improve on your performance as a catfish farmer. It will also enhance returns on your investment if you can get them cheap. Below is the list of supplementary feeds for catfish classified based on where they come from:

Offal and internal organs of poultry: Perhaps, offal is the most important of all complementary feed for catfish. It is one of the foremost feed used by catfish farmers in late nineties to feed their fishes. Sometimes in early nineties, offals and other internal organs of poultry are treated as waste product and often dumped at the outskirt of the town where they are produced. Following the discovery of this waste as an alternative feed for catfish, value was placed on offals and it became an important complementary feed for catfish. Sometimes they are sold above the price of pellets.

You can feed your fish with offals and other internal organs of chicken but do not buy when the cost is too much (above N70 per kg). Be careful not to feed your fishes with other waste like gloves disposed alongside with offals to avoid mortality.

Poultry Mortality: It is a common occurrence to have one or two mortality per week in a big poultry farm. Sometimes the rate of mortality may increase due to infections or epidemics e.g. flu. These mortalities are not waste because they could be used to feed catfishes by boiling them to avoid spread of infection. Make sure you prepare them well and cut them into sizes to make them easy for the fishes to eat.

Cracked Eggs: You don’t need to dispose your cracked eggs as waste any longer. Poultry farmers who also raise catfishes can boil their cracked eggs to feed their fishes or use the egg paste to mix their catfish feed ingredients.

Maggots: Maggots are common in poultry farms, especially poultry farms with battery cage. Maggots can be packed and used as supplementary feed for growing fishes of about two weeks old from juvenile. If you have maggots in large quantity, they can be preserved by drying and used when needed.

Day Old Chicks/Mortality: This may not sound nice, but day old chick is another feed that can complement pellets for catfish. Many at times, the supply of chicks is more than demand in the market. When it happens like this, the remaining chicken is regarded as waste. The unsold chicks are sometimes sold to catfish farmers as waste to feed their fishes. It is always fun to see fishes of three months old and thereabouts fighting to pick live chicks. In order not to violate animal rights, it is better for those chicks to be killed before being used to feed your fishes. Also under this category are chicks with deformity and mortalities.

Unhatched Eggs: It is not uncommon to have certain number of eggs set in incubator tray to come out as partially hatched/unhatched egg. Some of these eggs and other waste from hatchery can be boiled and used to feed catfishes. You need to see how fishes fight to have a taste of this delicacy.

Infertile Eggs: Some of these infertile eggs are sold as normal table egg or sold to catfish farmers who will prepare them to feed their fishes. Sometimes, paste from unhatched egg can be used to mix fish feed inputs before they are pelletized.

Blood Waste: Blood is one of the notable wastes in abattoir. It comprises of high concentration of fluid and protein that can be used to feed catfishes. Some use it raw after coagulation but I will suggest you boil the blood before you use it to feed your fishes. Dry blood is also used as blood meal to make delicious pellet for catfishes.

Intestine and other Internal Organs of Ruminants (cattle, goat, sheep): Because of the preparation involved in making internal organs of ruminants palatable for human consumption or as a result of split of bile into the internal organ of ruminants, intestines are sometimes treated as waste. To catfish farmers, these are never waste. They can be used to feed their fishes.

Meat and Bone Marrow Waste: This can also be used as supplementary feed for your catfishes provided they are not too expensive. Dry bones (bone meal) are also one of the most important inputs in catfish feed.

I have seen many farmers using dead cow, sheep, goats, etc, to feed their fishes. I have never loved this practice but you will not want your animal that was killed by vehicle, or those that died naturally, to be a waste. I want to suggest that if you cannot boil your dead animals, please burn them properly before using them to feed your fishes in order to prevent transfer of diseases to your fishes and ultimately to man.

Earthworm: If found in large quantity, earthworm can be used to feed your fishes though as a supplementary feed.

Toad and Frog: Toad and frogs use ponds that have not been stocked as breeding points. Sometimes, farmers intentionally allow pond to rest so as to encourage toad and frogs to breed into such ponds. Then fishes of reasonable size are introduced to feed on the tadpoles bred.

How to Prevent Diseases and Mortality in Catfish

How Much Feed, When And How Many Times Should You Feed Your Fishes