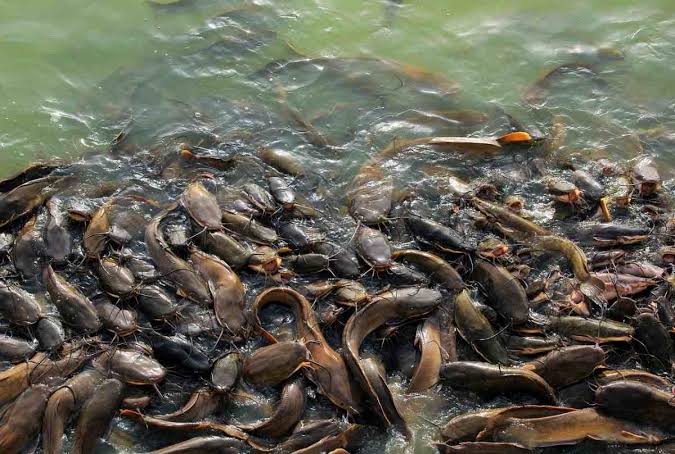 Guide to Sorting your Catfish Produce

Catfish breeders and growers need to sort their fish for better yields. Sorting your catfish produce takes place less than a week after the fertilized fish eggs become fry.

Fry grow at different rates some becoming one inch within a few days. The fast growing shooters are dangerous to smaller fry because they eat them.

If the fish breeder fails to remove the larger fish he can lose his entire stock. The breeder prepares a sorting tank which can be hand held or placed on his laps.

The tank can be constructed into a net or wooden box and covered with waterproof material. The fry is then scooped by aid of a basket and poured on the sorting tank.

The sorting tank is built with an outlet or hole where the fish is dropped into. The breeder then selects the bigger fish by scooping them into the drop bin and leaving the smaller fry.

This process is laborious but necessary and it can take close to an hour depending on the number of fish. The sorted fish are then placed in separate tanks to grow at their own pace.

The fish farmer growing his fish will notice that despite buying the same size fish some grow rather fast. After two months the farmer needs to sort out the bigger one from the smaller ones. Unlike the fry who eat each other juveniles of bigger sizes only deprive the smaller fish of food.

READ ALSO: How to Ensure Good Health and Rapid Growth of your Catfish

By sorting your catfish produce you allow the bigger juveniles grow at their own rate. Fish of identical sizes compete favorably which each other allowing growth of the stock.

Sorting is different from when they are fry because they are much bigger as juveniles. A juvenile can weigh between 100-200 kg so you sort by scooping them into a bowl or net.

If the pond is an above ground pond the fish farmer enters the pond and physically sorts out the bigger fish. The bigger fish are then placed into another tank by themselves to grow.

Sorting is important in adult fish because of there different sizes. The market women buy fish that weigh 1 kilogram higher than smaller sized fish.

By sorting out the adult fish you give buyers a choice and the fish can be graded according to their weight. Fish that weigh between 550 and 700 grams go at a collective price.

The process of sorting the table sized catfish is the same process used when they are young juveniles.