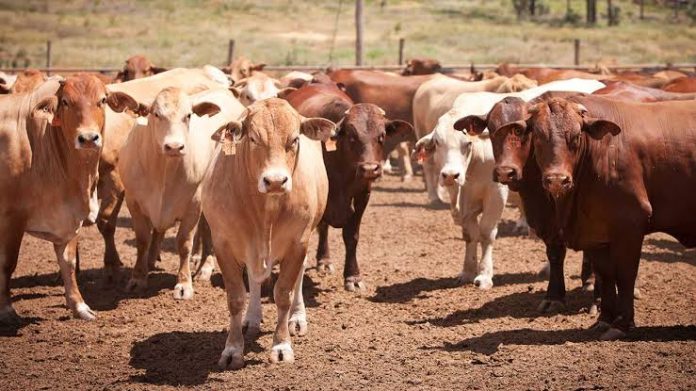 Pasture bloat is primarily a disease of cattle that graze pastures where legumes make up greater than 50% of the total forage. You may hear pasture bloat referred to as “frothy” bloat due to the large amount of froth or foam produced in the rumen, which the animal has difficulty eructating.

Legumes with the highest likelihood to cause bloat include white clover, alfalfa, annual medics and Persian clover. Red clover, crimson clover and subterranean clover would be classified as moderately likely to cause bloat, while berseem clover and arrrowleaf clover are low risks for causing bloat. Legumes that don’t cause bloat are birdsfoot trefoil, sainfoin and crownvetch.

Because treatment for bloat can often be too late, prevention is the key. Here are nine tips for preventing bloat:

Offer poloxalene to cattle for at least three days before they’re turned out on pasture that has a potential to cause bloat. It’s best to use poloxalene in a daily feed to ensure uniform intake, but availability is a problem. That’s why molasses/salt-based blocks (Bloat-guard®) are the most commonly used form of the preventive product. When using these blocks, remove all other sources of salt and mineral to ensure that the poloxalene-containing blocks are consumed.

Fill cattle with dry hay before turnout onto legume pasture.

READ ALSO: How to Prevent and Treat Clostridium in Cattle

Turn cattle out after midday when pasture is dry (no dew or excess moisture).

Turn cattle out and leave them. Don’t pull them in and out daily. Otherwise, cattle will “learn” that they will be moved to the legume pasture and may wait to eat until moved. While the popular perception is that the ideal way to introduce cattle to high-legume pasture is to turn them out for an increasing amount of time each day, research doesn’t support the practice.

Continue using poloxalene while grazing legumes, and locate the product near water for increased intake.

Interseed pure legume pastures with an appropriate grass to dilute the legume’s bloat-causing effect. Add legumes that don’t cause bloat or are less likely to cause bloat to pastures.

Don’t clip a grass-legume pasture and then immediately turn cattle out onto it. This is especially true with a pasture high in white clover; once the taller grass is removed, the short, highly palatable white clover, which has a high potential to cause bloat, can then be easily grazed by cattle.

Some cattle have increased susceptibility to pasture bloat and these animals are candidates for culling. Eliminate their genetics from the herd.

Pasture bloat is a mostly preventable disease of grazing cattle. If you follow these recommendations, the chance of having an animal bloat is greatly reduced, but there’s still a possibility you could see a case.

As most seasoned cattle producers know, frothy bloat is a true emergency; having an “emergency kit” on hand could well pay dividends. Talk to your veterinarian to see if it would be wise to have a few supplies on hand, and be sure to get proper training on their use to give you the best chance of dealing with bloat in pasture cattle

How to Prevent and Treat Clostridium in Cattle