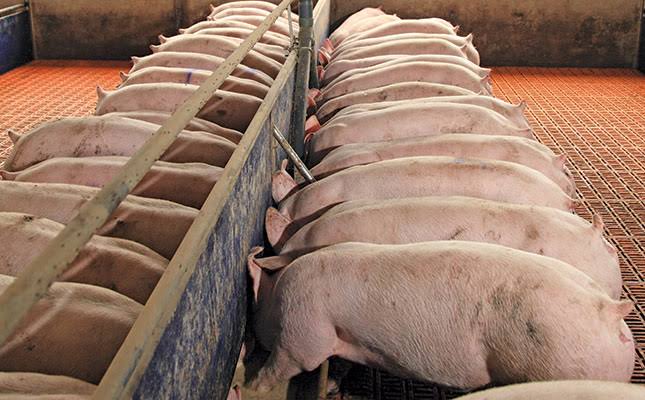 Some pig breeds are poor feed converters, have low mature body weights, have poor carcass quality, produce small litters, and attain maturity late. These are some of the characteristics of pigs that are bad for the pig farming business. So if you want to start a pig farm, begin with any of the following exotic breeds of pigs:

This breed is entirely white, but they have freckles (black pigment spots). A Large White pig has a moderately long head, has a slightly dished face and a broad snout. Its neck is fine, long and evenly full to shoulders with deep and broad chests. Additionally, they have long, level and wide back. Mature boars have weights between 300 kg and 450 kg, and mature sow weighs between 250 kg and 350 kg. Large White pigs possess good carcass quality. The breed is highly prolific and an efficient feed utilizer.

Breed Characteristics: This breed is also white with freckles. It is known to have a long, deep side, relatively short legs, square ham, heavy lop ears, and trim jowl. It has a leaner carcass than meat as well as less back fat and lard. Landrace breed is highly prolific and an efficient feed utilizer. A mature male weighs as high as 380 kg and a mature sow weighs up to 320 kg.

Breed Characteristics: The breed is moderately red-colored with shades varying from golden to cherry red color. Duroc pig is well-known to have an excellent weight gain rate and a high feed converter. The sow matures early, produces large litter (up to 15 piglets), and has good mothering ability. This pig breed has good carcass quality and body weight of about 400 kg and 350 kg for the mature boar and mature sow respectively.

Breed Characteristics: Camborough pig breed is a perfect fit for a meat pig. The sow is highly prolific (average of 17 piglets per litter) with excellent mothering abilities. The boar has high stamina and is full of vigor. It has great resistance to diseases and superb feed conversion. It is also known to attain maturity early and long productive life. As a commercial slaughter pig breed, Camborough produces lean meat with less fat. A mature boar weighs up to 400 kg and a mature sow weighs up to 300 kg.

Breed Characteristics: Hampshire pig breed has a black coat color and a white stripe that crosses the shoulder as well as covers the front legs. Its body is long and deep with short legs and a tail that hangs down. Hampshire’s ears are erect and point forward. This breed is a meat breed, with less back fat and lard than the Landrace breed. A mature boar typically weighs 300 kg and a mature sow typically weighs 250 kg.

READ ALSO: ADVANTAGES OF CAMBOROUGH PIG BREED OVER OTHER BREEDS

Breed Characteristics: Poland China pig is black with white patches on the face, feet and snout. It has a large body size and floppy ears. It has strong bones and well-developed legs and feet. It is prolific (produces 16 to 17 piglets per farrow) and has excellent meat and carcass quality. It is also an excellent converter of feed to meat and attains maturity early. A mature boar weighs between 250 kg and 360 kg, and a mature sow weighs between 225 kg – 300 kg.