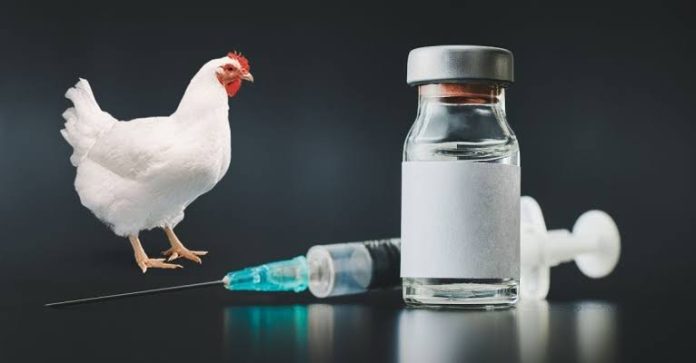 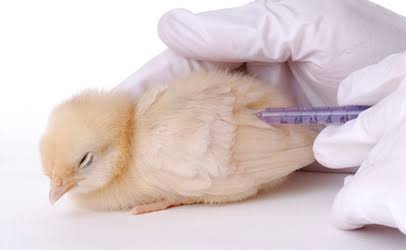 USE OF EXPIRED VACCINE

The major histocompatibility complex varies from bird to bird and its structure dictates if a bird will respond to an antigen at all. Due to some structural lacks in MHC it is possibility that the birds are recognize the one of the antigens. Therefore that strain of birds might be more susceptible to pathogen.

This is the most common cause of vaccine failure in routine uses of vaccines. This might be due to transportation from market to farm or from manufacturer to distributor to market, failure of electricity, failure of refrigerators, storage in deep freezers, exposure of sunlight.

Ignoring the use of ice box, coolers or thermos and using the translucent thin membrane shoppers permitting the sunlight exposure.

• Do not open the lid of vaccine in the open environment as the vaccines are contained in negative pressured bottles. Use disposable syringe to constitute the vaccine or open the bottle lid inside the water to avoid the sudden change in pressure.

• Avoid to use the improper disinfected syringes and needles. Always use wide bore needles for vaccine suction or dilution, narrow bore needle may retained the cell culture vaccines, which make the non uniform mixing of vaccine and lower the antigen amount.

• Exposure to viricidal disinfectants (phenols, alcohol) may be avoided as these chemicals inactivate the vaccinal virus.

HEALTH STATUS OF THE FLOCK

IMMUNO SUPPRESSION DUE TO DRUGS

Continuous administration of Immuno-suppressive drugs such as chloramphenicol, furazolidone may cause cause poor immunity development.

Presence of mycotoxin in the feed affect the vaccinal response very badly. Mycotoxin reduce host immunity directly by reducing the Macrophage engulfing tendency and production of toxin, lymphocytes which give poor out put in immunity development. Mycotoxin indirectly affect the bird by producing steroids from the adrenal glands which decrease the lymphocytes and increase the neutrophils by the virtue of increased nutrophil the bird become Immune compromised.

Due to water deprivation the bird is exposed to heat stress. Due to heat stress lot of steroid production do occur which decrease the lymphocytes produce the antibodies. This is common observation that the dehydrated and heat exposed birds commonly infected with coli septicemia and other diseases.

These are social stress as well as stress like heat stress and decrease the immunity by decreasing the number of lymphocyte, which is the factory of antibodies.

Hypoprotenemia especially protein hurt the immune response as antibodies are made up of amino acids. Poor nutrition causes problem with metabolism, protein synthesis and immunity.

PRESENCE OF AMMONIA IN HOUSES

On the port of entry from where the pathogens are entered the body to produce infection there are some host defense mechanism which prevent the entry of pathogens. Hairs cilia moist membranes are among the preventive cushions. The moist membranes of or the mucous membranes among the gut , trachea, nostrils and bronshi produce Immunoglobulin .a through the lymphocytes present on the surface of these organs. This is called secretory immune mechanism and it is watch dog on the port of entry.

If the ammonia levels are high in the house above 30PPM it has bad effect on the birds ability to produce local immunity as the cells on the surface of moist membranes are affected badly with the ammonia because ammonia is water soluble gas. In the absence of the local immunity the bird become susceptible to viral diseases particularly those which proliferates in respiratory tract. Ammonia condentration above 100 PPMm always associated with the respiratory disease. As the ammonia is water soluble gas one can easily felt the ammonia as it dissolved in lachyymal secertion of the eyes .

Water quality ispoor in most of the areas of Pakistan, particularly in salinity affected areas such as Faisalabad, Sheikhupura and Multan Division, where the salt level is half of the sea water and EC even in Islamabad is 600-2000. Poor water quality and high salt concentration produce ill effect on the vaccine diluted in such kind of water.

PRESENCE OF VARIANT IN FIELD

It has been observed that with the emergence of new variants the classical vaccines are no more effective to control the disease. Classical vaccine of gumboro is missing the VP-2 protien therefore it is not effective against field variant or strain. The hot intermediate and intermediate plus do have the VP-2 protein and can penetrate up to the site of proliferation. In the same manner classical IB is no more effective against IB variants.

Live vaccines must be applied at a level at or above the minimum infective dose. After the live virus has been applied the bird serves as a virus production site. The bird is media in which the initial dose of vaccine can multiply to a level which will stimulate a proper immune response. For potency testing of vaccines, always contact well facilitated Lab. Inactivated vaccines should contain sufficient amount of antigen to stimulate an immune response when applied the bird as there is no multiplication of the virus of bacteria in the bird.