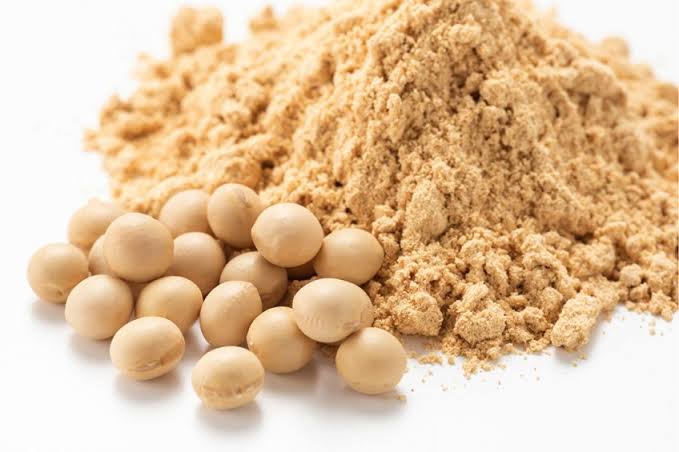 An in-depth look at the best options for replacing soy in feed for various livestock species in terms of benefits, availability, challenges and outlook.

Soybean meal is an excellent protein source for many livestock species and it is currently the most common protein component in compound feed for pigs, poultry and dairy cattle. However, because the price of soybean meal fluctuates and can be very high, farmers are actively investigating ingredients that can serve as full or partial replacements.

In addition, soybean production in some parts of the world brings with it significant sustainability concerns, as it’s associated with destruction of natural grasslands and deforestation. However, from a sustainability perspective, replacing soybean meal must be analysed carefully in terms of how far alternatives are transported, the need for additional processing and other factors. Cost and the protein quality of alternatives are also important considerations. Here are the 5 top alternatives for soybean meal in terms of protein profile, availability, sustainability, and more.

There are few disadvantages for various types of pulses as a replacement for soybean meal except that some transportation may be required. Growing demand for plant-based protein products for human consumption means that acreage of high-protein pulse crops such as field peas is increasing. Portions of crops which are not suitable for human consumption have been investigated for over 2 decades as a feed component that could partially or fully replace protein sources such as soybean meal and other ingredients such as cereal grains in beef, sheep, dairy cattle, pigs and poultry.

In addition to protein, cull peas and beans also contain carbohydrates and are therefore a source of dietary energy. Field peas have high digestibility and crude protein levels and are low in fibre. They have been shown to be highly palatable for beef cattle and may be most suitable for use when both palatability and nutrient density are more important, for example in creep feeds and receiving diets.

Chickpeas are being evaluated for their nutritional value as a feed component for ruminants. Faba beans present an on-farm option for a protein component of cattle feed that can be processed on the farm. They contain little oil and no anti-nutritional enzymes and therefore do not need roasting. Cull edible beans (navy, pinto, kidney, and so on) can be fed to cattle at a level of 10-20% of the ration dry matter, as higher levels may cause diarrhoea. It is recommended that producers adapt cattle slowly to diets containing cull edible beans.

Insect meal is a growing alternative to other feed protein sources such as soybean meal. It is nutritious, economical and can be produced locally. Insect meals can contain up to about 80% protein, as well as fatty acids and antimicrobial peptides. In particular, black soldier fly meal is much higher in lipids and calcium compared to soybean meal. It is particularly suitable to feed insect protein to some livestock types such as some fish and poultry because insects are a natural source of food for their wild counterparts.

The use of insects as an alternative ingredient in the poultry feed industry is a promising solution to optimise animal production systems worldwide. A study set out to determine whether broilers displayed a preference (or not) for Tenebrio molitor mealworm by evaluating ingredient acceptability and bird performance. Read more…

Because insects consume food waste, this protein ingredient is highly-sustainable and insect meal is therefore known as a ‘circular economy’ feed. Insect meal production for a variety of livestock sectors is ramping up in Europe, North America, Australia and beyond, but it will take time for capacity to increase significantly. There are concerns about accurate labelling and also inputs.

It is particularly suitable to feed insect protein to poultry because insects are a natural source of food for their wild counterparts.

Scientists are currently examining methods of testing to ensure the contents of a given insect meal product matches the labelling in terms of the insect species, and more importantly, that the insects have not been fed any animal products.

3. Canola meal and other oilseed meals

Oilseed meal, the substance which remains after oil extraction, offers significant potential to replace soybean meal in varying amounts in many types of livestock feed. Canola meal, in particular, is high in protein and offers a protein quality and amino acid profile close to that of soybean meal.

Because canola acreage has increased in Europe, Canada, the US and Australia, canola meal has made strong inroads into the diets of many livestock types, especially dairy cattle and pigs. It is also fed to poultry and some aquaculture species. However, canola meal is not a cost-effective or sustainable alternative to soybean meal in many parts of the US, because a lack of nearby canola seed crushing capacity means that canola meal has to be transported over long distances.

Canola breeding efforts have reduced the level of glucosinolates (which, if fed at high levels, can negatively impact animal health and performance) to almost zero. In some parts of the world, there are concerns that canola meal could be mixed with rapeseed meal but marketed solely as canola meal. While rapeseed meal can be a suitable nutritional alternative to soybean meal for dairy cows, for example, there is less global supply of rapeseed compared to canola and its amino acid profile is less favourable.

There are also anti-nutritional factors in the meal that present added costs in terms of processing and/or enzyme supplementation. In addition to canola and rapeseed meal, meal from sunflower, peanut and sesame seed is being explored. Pumpkin seed cake/meal has been found to be a good substitute for soybean meal in the diet of dairy cows in terms of milk production performance, rumen fermentation and digestibility.

Brewer’s spent grains is the residue which is obtained from brewing based on barley, wheat, maize, rice or oats. It has long been a traditional feed component for cattle and has been fed on a limited basis in some countries to pigs. It is a highly-palatable, wet, low-cost protein feed ingredient that is also rich in lipids and fibre. It is low in starch (energy) and requires a nitrogen source such as urea to provide the full complement of amino acids required by cows.

Brewer’s spent grains also contain high levels of vitamins and minerals, but supplemental calcium must be provided if this feed component is a significant proportion of the cattle diet. Brewer’s spent grains has been found to be a suitable replacement for soybean meal or fishmeal in aquaculture diets. Specifically, scientists have found that this ingredient can replace up to 100% of soybean meal without a significant reduction in the growth of tilapia. Its high fibre content limits its use with broiler chickens, but it can be used with some success.

READ ALSO: Some Vital Use of Bitter Leaf in Poultry

Single-cell protein (growing yeast, bacteria or microalgae) are being actively investigated as a protein feed ingredient as well as a source of fat for various types of livestock, but there are currently concerns about costs. Large-scale production is also required. With recent commercialisation of single-cell protein from yeast and bacteria, it has already been included in aquaculture feed, but as far back as the 1990s in Finland, it was commercialised (using forestry residues) for pig feed.

Can algae residuals be used in chicken feed?

Single-cell protein from yeast is being examined as a feed for dairy cattle, chickens and pigs – and in broilers, there is some evidence that certain species have the potential to replace in-feed antibiotics as well due to its antimicrobial properties.

The fast growth rate of yeast and bacteria means that these organisms present a promising economical method for large-scale oil and protein production, but inputs of carbon chains are required. Similarly, heterotrophic microalgae are being grown on a limited commercial basis for both protein and oil for aquaculture feed.

As with yeast and bacteria, the input of carbon is required, along with some trace minerals, for microalgae production, and the growth rate is slower. Some scientists have found that microalgae could be better incorporated in chicken diets by the use of carbohydrate-active enzymes that increase nutrient bioavailability. Some studies have found that microalgae can be used as a protein source for lactating dairy cows in intensive milk production systems, which makes them a suitable substitution for soybean meal or faba beans.

In the future, large-scale ‘autotrophic’ microalgae production (where the process of photosynthesis is used by these organisms to capture CO2 from the air as a carbon source) may be possible. However, ensuring enough light reaches all algal cells as their density increases over time requires innovative tank design and/or lighting systems.