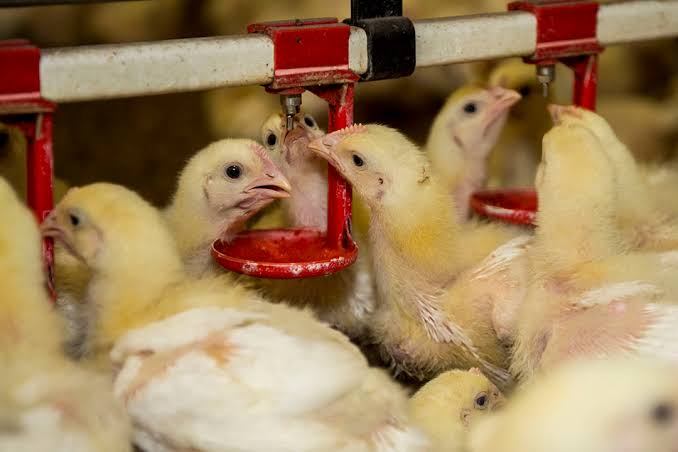 Getting water lines operating optimally is considered one of the best ways to boost performance. Here, we consider how to get the basics right. 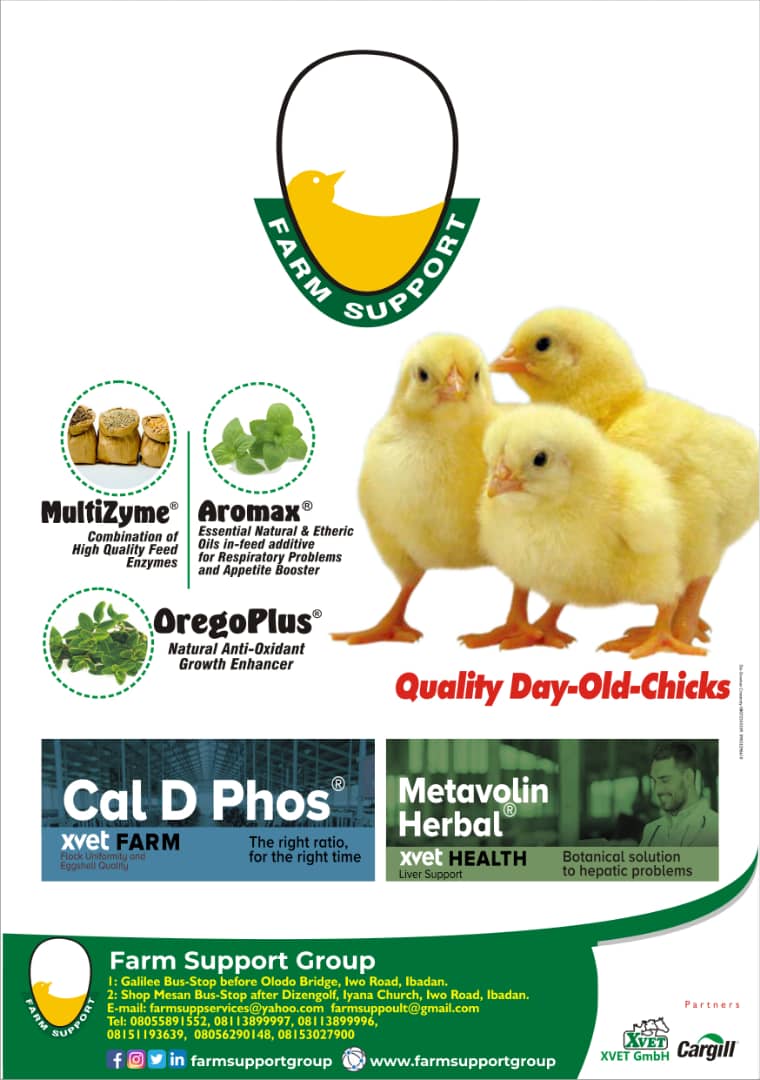 He explains that poultry birds are metabolically very active and so have a high dependency on water.

“Any issues with water cleanliness or supply on a unit mean production and health problems multiply quickly,” Mr Lowery says.

There is also a close correlation between water and food consumption – a lack of water will affect feed intake and production potential will be missed.

By managing a safe, clean and fresh water supply it should be possible to maximise feed consumption and the performance of poultry, he adds.

Accumulation of micronutrients like iron, manganese, nitrates and sulphates in water can be associated with specific disease syndromes in birds, in particular long-lived flocks which are housed for long periods.

While mains water is assessed by the supplying company the onus for testing on borehole-fed units is down to the farm itself.

Testing frequency and tolerance levels will depend on which assurance scheme the farm works to and must be carried out by a recognised laboratory.

It is common to find micronutrients at a certain level but it may not be high enough to cause a problem. Unless iron is extremely high, it is not commonly associated with direct health problems but it can encourage the growth of certain bacteria and lead to the formation of biofilms in pipelines whilst also affecting palatability.

“Bacteria, viruses, fungus and yeasts can be of significant concern if they are resident within the drinking systems,” Mr Lowery warns.

Generally, it is bacteria that are tested for because they are relatively easy to grow in a lab and can serve as indicators for the presence of other microorganisms.

Bacterial species like E.coli or Pseudomonas may cause disease directly while other species may have an indirect effect. If these bacteria are present in large enough numbers they can still trigger an immune system response and production will fall as the bird expends energy to combat the challenge. Large bacteria populations can also cause an imbalance in the intestinal microflora, leading to enteritis and poor food conversion or a requirement for antimicrobial treatment.

Biofilms are initiated by a sub-class of microorganisms that adhere to plastic surfaces inside pipelines. Once the biofilm is created it can harbour other microorganisms – bacteria yeast, funguses, mould and viruses, Mr Lowery explains.

Initially, as bacteria colonise the pipe lining, there may be a relatively smaller number floating in the water.

Taking a free-catch water sample may therefore indicate low levels throughout the colonisation and growth phases. However, once the dispersal phase begins there are suddenly trillions of bacteria in the line.

That means it is important to establish how big a problem there is during the first 2 phases. For this vets are beginning to use endoscopes or long swabs of 30-45cm to make a more accurate assessment of bacterial colonies further up the pipeline.

READ ALSO: How to Adjust Egg size to Market Needs

Breeder and layer rearers often provide open water fonts to maximise early water consumption. Broiler growers should drop the water pressure in the early days to achieve a “hanging droplet” to encourage early water intake. With a lower pressure the nipple is less tightly pushed onto the seat making it easier for small birds to activate, Mr Lowery suggests.

Employing good stockmanship and assessing crop fill at 24-48 hours in young chicks will give some indication of whether the chick is drinking due to the close relationship between feed intake and water consumption.

Dye tablets to stain the chicks’ tongues will also help to establish whether the chicks are drinking.

An adequate flow of cool, fresh water through drinker lines is extremely important in reducing the build-up of pathogens and biofilms.

The challenge is at its greatest when chicks are first introduced. The house temperature is set high at 33-34°C and there is a relatively low mass of poultry.

Houses are designed to cope with high numbers of full-grown birds for example 40,000 x 2.2kg birds. Initially the 40,000 chicks will weigh just 45g. Their demand for water is consequently low and the flow-through in pipelines is minimal.

The warm stagnant water in drinker lines promotes bacterial growth and allows particles to drop out of suspension and settle in the pipe.

The problem can grow as water temperature increases towards body temperature. At these levels it is less palatable to the chicks and their consumption falls, causing flow rates to drop further and a cycle is established.

Antibiotics must be delivered with great care as part of a responsible approach to antibiotic stewardship. Inadequate dose rates may contribute to the development of resistance, Mr Lowery says.

Dosing machines must be well maintained and should be tested and calibrated for accuracy.

Over time they get clogged and it cannot be assumed that an ageing meter is still accurate. All lines must be primed to ensure the antibiotic is getting all the way through to all birds from the start of the treatment. “Patchy delivery will encourage antibiotic resistance,” he warns.

Water temperature rises between the start and end of the system according to how warm the house is and how long the water sits in the pipeline. When water approaches body temperature consumption falls away so it is important to keep water cool, Mr Lowery says.

Later in the production cycle it is easier to keep water cool as demand maintains flow rates through the system. For example, a 40-day-old broiler flock may consume 15,000 litres a day in a house that is kept at 19°C and flow rates are high.

But the same flock at a day old will consume just 400l daily in temperatures of 33°C. This is a concern and it is important to open taps at least once a day at this stage until the water runs cool, says Mr Lowery.

Acidifying water – or reducing its pH – is a useful way to encourage an acid-loving intestinal microflora. This competes with more harmful bacteria which typically do not thrive in a more acid gut. By acidifying water it is possible to reduce enteritis levels so cutting the need for antibiotic use to treat the condition. Healthier guts also improve digestion and food conversion.

The products available are often a blend of organic acids and can contain stabilisers and flavour enhancers. “A drawback is that residues can form in the pipeline, encouraging biofilms to form so there is a need for caution,” Mr Lowery suggests. It is important to differentiate between line cleaning products and water acidifying products and whilst both have a role they are generally very different products.

It is also important not to under-dose. The pH must drop to between 4 and 4.5 or a fungal bloom can very rapidly form in the pipelines.

“We recommend that acids are used for prolonged periods (for example, 10 days continuously) and that they are alternated with a specific line cleaner for a further 10 days to keep lines clean,” he says.

Using a cleaner while birds are in situ is an imperfect solution to dirty water lines. Inclusion rates must be low and in-line with manufacturer recommendations to ensure the water is safe to drink. An example would be at about 100ml of product per 1000l of water or roughly speaking about 400 times weaker than concentrations used during turnaround where truly effective line cleaning can be achieved.

“The best way to combat infection from low flow rates is to ensure the water is clean before the birds enter the house,” Mr Lowery advises.

Therefore, terminal disinfection of drinker lines is vital and a host of cleaners are available. The key is to choose a product that has been designed for cleaning lines and to ensure it is dosed at the rate recommended by the manufacturer.

But to clean a water line thoroughly, most cleaning agents require 3-4% inclusion rates which may require a different dosing machine or direct dilution into header tanks.

Choice of product is also crucial and conversations should be held with the farm vet and disinfectant manufacturers to select the right one. For example, will a simple product like a hydrogen peroxide be enough to shift a biofilm or is there a need for an acidic element to break down lime-scale? In hard water areas lime-scale can make the pipeline rough, creating an ideal surface for biofilms.

Another consideration is the stability of a product. Cleaning agents have a finite amount of active ingredient and, in simple terms, this is used up when products encounter muck or pathogens, reducing their capacity to continue working.

So, the higher the concentration of pathogens, the quicker a product will run out of steam.

It is an important concept to recognise because it means by the time the agent gets to the end of the drinker line, where the flow is lowest and biofilm is at its worst, it will have a reduced capacity to clean.

To test the effectiveness of a product at the end of the water line, an oxidation-reduction potential (ORP) meter can be used.

The line must then be flushed through with clean water before the birds are introduced.

Assurance schemes require water consumption to be recorded and this data can be used as an important management tool.

Graphing the figures and comparing them with the unit’s historical consumption and with data from breeding companies on consumption averages will highlight any emerging issues that can be tackled before they become a problem.

Water consumption peaks twice within a 24-hour cycle – initially after the birds wake and then again just ahead of lights out. This places a heavy demand on water pressure and can mean some birds are unable to gain access to a sufficient supply.

On large units, with a number of sheds, staggering the time when lights are switched on can reduce the sudden total demand from the whole flock.