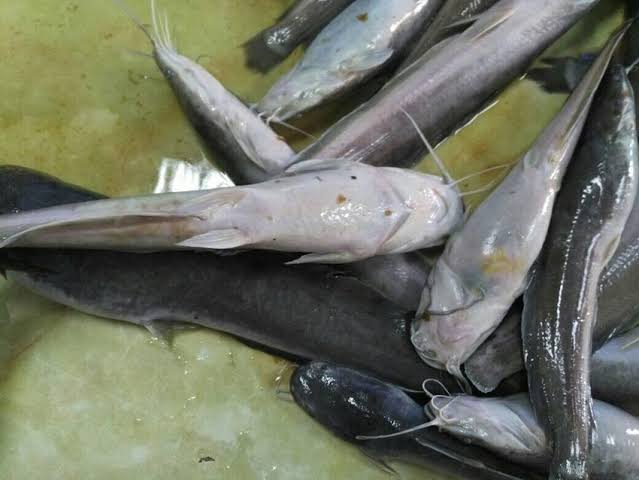 Non Infectious Diseases in Catfishes and their Preventive Measures

Aquaculture accompanies several disease problems caused by different microbial pathogens which are common evident in general culture practice. High stocking densities, over feeding and other organic loads stimulate the proliferation of pathogenic microorganisms. Bacteria, virus, fungus and protozoan parasites are the important microorganisms to cause diseases in fish culture. Disease outbreaks continue to be a major problem for the sustainable development of the aquaculture industry. Clinical outbreaks can negatively impact on the welfare of the fish and the economic gain.

The “Crack Head” disease is the only obvious catfish disease reported from pond culture .It is also called the Broken Head Disease / Broken Skull Disease. It is a highly devastating disease in commercial catfish farming in India.

READ ALSO: How to Produce Housefly Maggots as Feed for Catfish Farming

Crack Head disease is due to one or more of nutritional deficiencies like Vitamin C, Vitamin D, calcium, and phosphorus .Crack Head disease believe to be caused by a poor diet or lack of unbalanced nutrients, poor water quality and over feeding etc .

Begins as small pits on the head region, usually just above the eyes. The affected fish shows a reddishness lateral line on the skull, between the two air chambers, parallel to the skull plate joints . In later stage, these turn into large cavities in which the disease is progresses along the lateral line. Skull will break ultimately fish will die.

Recently, it has been noticed that the Crack Head disease is reported as Vitamin C deficiency syndrome in intensive catfish culture. The dearth importance of vitamin C as an immune modulator and a key nutritional element for catfish.

Nitrite poisoning commonly called “Brown Blood” Disease, is an environmental  disease that affect a number of fish species including channel catfish. The main cause is elevated levels of nitrite in the pond water. The disease occurs in fish when the water contains high nitrite concentrations. Nitrite is a product of the breakdown of ammonia by bacteria. Nitrite enters pond eco system after feed is digested by fish and the excess nitrogen is converted into ammonia, which is then excreted as waste into the water. Uneaten (wasted) feed and other organic material also break down into ammonia, nitrite, and nitrate in a similar manner.

Nitrite enters the bloodstream through the gills and turns the blood to a chocolate-brown color. Hemoglobin transports oxygen in the blood and combines with nitrite to form methemoglobin which is incapable of transport oxygen. Brown blood cannot carry sufficient amounts of oxygen and affected fish can suffocate despite adequate oxygen concentration in the water. This accounts for the gasping behavior often observed in fish with brown blood disease, even when oxygen levels are relatively high.The term “brown blood disease” comes from the appearance of the blood that has high levels of methemoglobin .

Brown blood disease can be prevented, or at least minimized, by close monitoring of nitrite, chloride, and TAN, and by maintaining the proper chloride to nitrite ratio. If brown blood disease does occur, the condition can be reversed by adding salt to the water. Catfish (likely other fish) surviving brown blood disease or nitrite stress are more susceptible to bacterial infections, anemia (white-lip or no-blood), and other stress-related diseases. The secondary problems such as Aeromonas or Columnaris infections, often occur in 1 to 3 weeks after brown blood disease

Sodium chloride (common salt) is used to treat brown blood disease. Calcium chloride also can be used but typically more expensive. The chloride portion of salt competes with nitrite for absorption through the gills.

Jaundice is a condition of yellow colouration in the abdominal skin, sclera of the eyes and fin bases. It is a significant health problem affecting the most of freshwater catfishes. Jaundice is due to an excess of bile pigment present in the blood and lymph. This condition described in catfish as “Catfish Jaundice”.The affected fishes are suffering from a haemolytic anaemia resulting in jaundice. Although, a single pathogen could not be associated with this condition, a wide range of microbial pathogens are involved .

These may contribute towards the morbidity and mortality is observed in jaundiced fish. Myxosporean infection is found in both apparently normal fish and jaundiced fish. In affected fish gills becomes pale, yellow ascitic fluid, enlarged spleen, kidney and gall bladder, and/or yellow flesh.

The clinical symptoms are:

Jaundice disease is very dangerous and difficult to treatment. In severe condition , it may lead mass mortality of fish in early growing stages . Jaundiced fish has prone more susceptible to stress and tended to die before reach to the market size .

The health management of fish is enforcement of stringent biosecurity measures that prevent the entry of pathogens into the culture system. Other important components of fish health management include minimization of stressful events and use of compounds that boost or stimulate the fish immune system. Following are the key recommendations for effective health management…Proper pond Preparation , stocking of quality seed and disease free fish fry ,maintaining of water quality ,high nutritional feed etc are essential to reduce risks of fish disease outbreaks. Regular use of probiotic and immunostimulants has the greater impact on fish farming and minimizes the risk factors for disease out breaks. Environmental management to minimize stress also plays a major role in disease prevention.