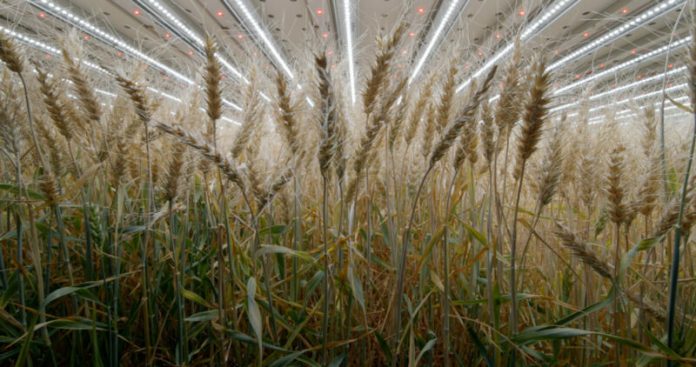 Vertical farming company Infarm have succeeded in growing wheat indoors, in a controlled environment using no soil and no chemical pesticides.

Revealing the achievement this week at COP27 in Sharm el-Sheikh, Egypt, the company said it was an important milestone towards global food security in the face of the climate crisis.

READ ALSO: How to Increase Egg Production with Gut Health

As Infarm explains, wheat is one of the most widely consumed foods in the world and provides a substantial amount of the global population’s daily calories. It is also a significant source of protein, accounting for almost 40% of daily intake in some regions.

However wheat production takes a toll on the environment. The crop is resource intensive and usually grown over large areas of land, with only a small number of varieties making up the majority of what is produced.

This has ramifications for biodiversity, and leaves crop yields at the mercy of the rapidly changing climate. Because of increasingly volatile growing conditions, impacted by the likes of droughts and flooding, Infarm says yields per hectare are expected to decline in the coming years. 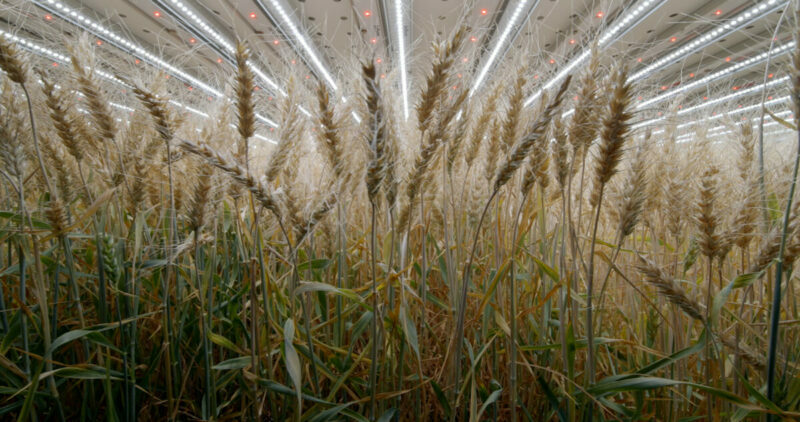 A number of organisations are working on ways to develop the resilience of wheat, like the Natural History Museum using its historic collection to investigate genomes of certain varieties, and the University of Sydney researching ways to eliminate pervasive cereal crop diseases.

Infarm provides yet another approach, allowing the crop to be grown independent of external climatic conditions. First trials of this approach demonstrated “exceptional results” according to the company – allowing a projection of 11.7kg per square-metre.

Further projected at this scale, this is the equivalent of 117 tonnes per hectare per year. This is some 26 times the annual yield of open-field farming methods.

“Our results are significant when compared to the average yield of outdoor wheat production, which is about 4.5 tonnes per hectare per year and heavily dependent on weather and seasons,” Galonska said.

“We are confident that wheat can be grown successfully at scale indoors as a climate-resilient alternative. Our record yield could potentially be increased by a further 50% in the coming years using a combination of improved genetics, hardware, and optimised growth environments.”