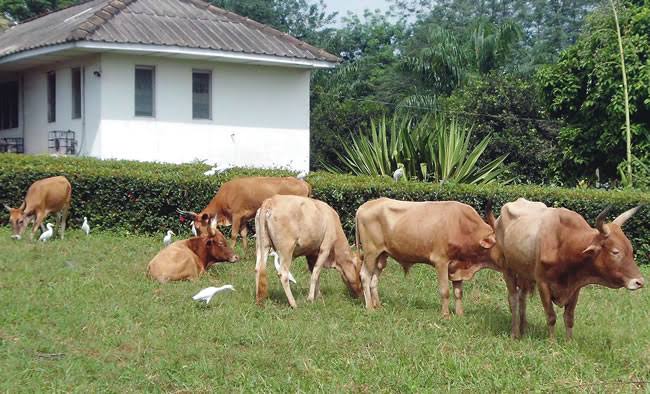 VETERINARY and Pest Control Services are one of the key departments at the Federal Ministry of Agriculture and Rural Development. The department has a mandate of monitoring abattoirs, curbing the spread of zoonotic diseases and protecting the lives of animals in Nigeria.

According to a document obtained from the department, the government has invested heavily in equipping the department and ensuring the safety of humans and animals, especially in the areas of curbing zoonotic diseases.

The document stated that the federal government had constructed and equipped one Federal Veterinary Medical Centre (FVMC) in Kano for research in animal health and provision of quality animal health care service delivery at secondary level for improved animal healthcare and welfare and enhanced livestock production and productivity.

Furthermore, it stated that there was also the construction and equipping of 17 Primary Animal Health centers (PAHCs) in Kaduna,   Kogi, Nasarawa, Ogun, Osun ,  Zamfara , Edo , Cross/River , Plateau, Niger, Kebbi, Adamawa, Enugu, Taraba, Bauchi  and Akwa-Ibom States and provided essential veterinary drugs and Medicare for  the  constructed PAHCs to support the states in  provision of quality animal healthcare service delivery at the grassroots for improved livestock production and productivity

It said the government “constructed 14 Standard Live Birds Markets with poultry meat processing units in Bayelsa, Adamawa, Niger, AkwaIbom, Kogi, Nasarawa, Kano, Katsina, Edo, Rivers, Kwara,  Ondo, Gombe and Yobe States  as  part of the strategy for the prevention and control of Avian Influenza (Bird Flu)  and other poultry diseases for  creation of jobs along the poultry value chain as well as  to ensure  hygienic processing of poultry meat to guarantee safety and wholesomeness of poultry meat

“Established and Equipped 2nos Apiary demonstration centres in Kogi and FCT for production of quality honey and bee hives for domestic use and export.

“Conducted Pilot dog census in 6 States (Adamawa, Cross River, Ekiti, Kaduna, Kebbi & Imo) to determine dog population in the country which is critical in planning and implementation of the program for the elimination of dog mediated human Rabies in Nigeria in line with the global target for the eradication of Rabies by 2030.

“Provided and utilised 8,500 litres of disinfectants for the prevention and control of African swine fever for improved production and productivity of the pigs in pig producing states.

The government also provided   laboratory reagents for the diagnosis and control of emerging and re-emerging zoonotic diseases (Bovine Tuberculosis and brucellosis), provided and utilised 187,300 litres of assorted pesticides for the control of Transboundary pests thereby mitigating the devastating effect of migratory pests on crop fields to guarantee bumper harvest and ensure food and nutrition security.

Also according to the document, the government deployed five Project Vehicles for Animal Health and Disease Surveillance Activities in Northern and Southern Zones for the control of Transboundary Animal Diseases for enhanced production and productivity of livestock resources.

Updated the Map of Tsetse flies infestation in the country

There was also the provision of 12.5 million PPR, 5 million CBPP, 5,000 FMD, 5 million NCD and 350,000 Anti-rabies vaccines to support 36 states and the FCT   to ensure wider coverage of annual mass vaccination of livestock against major Transboundary Animal diseases (TADs).

Why Ukraine Wants to Establish Grain Hubs in Nigeria