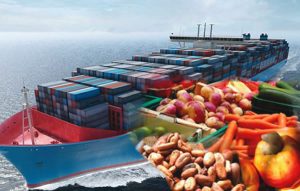 Following the repeated ban on the export of some agro-commodities from Nigeria, the Federal Government on Monday inaugurated a training of 1,110 agriculture extension agents in all 36 states of the federation and the Federal Capital Territory.

While speaking at the opening ceremony at the statehouse, Abuja, the Minister of Agriculture and Rural Development, Mr. Sabo Nanono, said 30 extension workers each from the 36 states and the FCT were being trained by the Federal Government to address the shortage of extension agents in the country.

According to the minister, the shortage of extension workers to educate exporters was part of the reasons why pesticide residue is found in exported agro-commodities.

The minister noted that Nigeria was banned from exporting dried beans to European countries because of the misuse of pesticides on the part of farmers and other operators in the value chain.

He, therefore, stressed the importance of extension services to the agricultural sector.

“Agricultural extension delivery is the driver of all agricultural policies and research, without which all effort in the agricultural ecosystem may not realise its intended goals,” he said

While a global development organisation, Digital Green, puts the numbers of Nigeria’s extension agents at 7,000 in 2017, the latest Federal Government census showed that there are up to 16,000 extension workers excluding private individuals.

According to the minister, the neglect of extension services will soon become history as the government has already started a programme that will shoot the numbers of extension workers to 75,00 within the next three years.

He said: “The implication of this is that we are way behind the average number of farmers to an extension worker that even our neighbours have gone far ahead of us.

“So, one of the important issues, when I came in as minister, is extension work. I realised that we are losing a lot not only in direct production but also in post-harvest because we lack enough extension workers to go round,” he added.