Nigeria Set to Generate $2b from Donkey business

The Donkey Dealers Association in Abakaliki, the Ebonyi State Capital over the weekend organized a town hall meeting aimed at stopping unauthorized exportation of donkey derivatives and smuggling of donkey skin.

The National Chairman of the Donkey Dealers Association, Mr. Ifeanyi Dike, who inaugurated the Ebonyi State Chapter of the Association, in his address, noted that the exercise was to encourage the dealers and other stakeholders on the need to abide by the stipulated laws of the Nigerian Agricultural Quarantine Service (NAQS), to stop indiscriminate killing of donkeys as well as encourage the breeding of donkeys through ranching and pasture production to stop extinction.

Mr Dike told reporters that if the stakeholders abide by the rules, the Nigerian government will rake in over $2 billion annually and create employment opportunities for the teeming population of jobless Nigerians, stop the distortion in the business and improve the donkey value chain.

He pointed out that the government had feared the extinction of the donkey species that at a point it considered banning business in donkey skin and derivatives.

“It got to a point that the donkey population in Nigeria began to reduce as a result of the high demand of donkey skin, this particular trend attracted the attention of the National Assembly in 2018, where a public hearing held and a ten- year jail term was slammed on anyone caught with donkey skin or derivatives.

“Our Association, NAQS, and the National Animal Production and Research Institute (NAPRI) contended that instead of a blanket ban of donkey skin, we are going to support the breeding of donkeys to stop the much-feared extinction. It was based on this that the Federal Government marshalled various regulatory policies in the trade of donkey hide. We are making things work the way the federal government wants them to work. We want regulations, breeding, and pasture.”

Dike warned the stakeholders against violating the rules, that anyone who violates them will face appropriate sanctions from the government.

“I will like some of our people here to know that the Federal Government is watching us and once you go contrary to their policy they have the right to take action, nobody can fight the government. So, we are pledging our support to NAQS, which is the regulatory agency, that we will abide by the regulatory policy of the federal government and at the same time they should look into us and see the areas we have challenges,” he said. 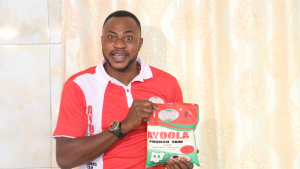