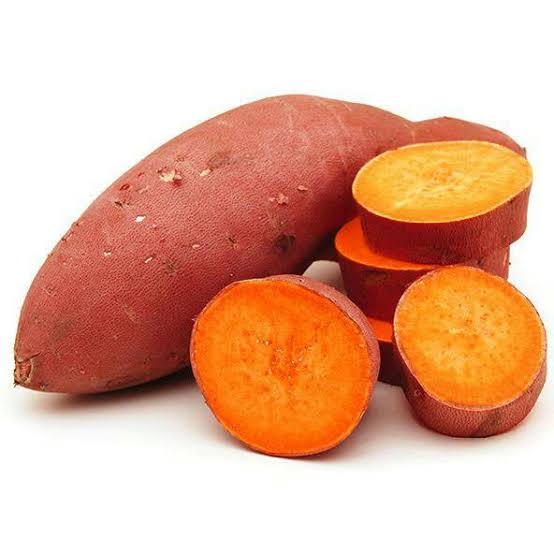 Bakery business owners under the umbrella of Association of Master Bakers and Caterers of Nigeria, have recently resolved to embrace bio-fortified Orange-Fleshed Sweet Potato (OFSP) in bread and other confectioneries to keep prices affordable to Nigerians as major inputs become costlier.

Low production of wheat in Nigeria, falling value of naira and heavy dependence on importation of other inputs in bakery businesses have made operations difficult for bakers and made prices of break, especially, unaffordable to the poor.

READ ALSO: What is Hindering Biotechnology Adoption in Nigeria

Aside the nutritional benefits of OFSP puree, which include beta-carotene and fibre, with high nutritional value in Vitamin-A for eye health, Vitamin B6 for healthy metabolism and nervous system, Vitamin-C for immune health and Vitamin-D, which plays an important role in carrying out vital functions in the body system, its inclusion would reduce the country’s yearly wheat importation and conserve foreign reserves, as stakeholders and researchers have demonstrated.

While speaking on latest developments and the decision to adopt OFSP puree, National Secretary, Association of Master Bakers and Caterers of Nigeria, Jude Okafor, noted that at 20 per cent inclusion, the colour, texture and taste of bread are very good.

He added that apart from health benefits to consumers, the substitution helps bakers to marginally reduce cost of production per loaf in a latest analysis based current prices of inputs and their substitutes.

‘‘Application of OFSP puree in wheat flour for bread reduces the usage of milk, sugar and wheat flour.

READ ALSO: Apply for this Financial Opportunity to Scale Up Your Farming Business

He added that bread shelf life is elongated and 500grm of milk is saved per 50kg-bag of flour when 10kg puree is included.

He expressed optimism that the potential demand from master bakers would deepen production, calling on the CBN to incorporate sweet potato into the ABP scheme to maximise production since there are processors and off-takers of the bye-products.

On production of sweet potato, Nigerian arable land is suitable for production and an average of 10 metric tonnes are produced per hectare.

READ ALSO: Which of these 10 challenges are you facing in your catfish farming business?

It takes between three and four months for potato to mature. Hence, sweet potato can be planted three times in a year, especially if supported with irrigation facilities. Without irrigation, two crops of production are feasible in the North-Central, South-West, South-South and South-East ecological zones.

The President of the Potato Farmers Association of Nigeria (POFAN), Mr Daniel Okafor, disclosed that farmers were ready for a revolution of OFSP production if master bakers were ready to off-take its puree.

In the last 10 years, he said, the association had been advocating OFSP utilisation in bread baking based on various experiments ranging from 10 to 40 per cent puree trials.

He described the decision of bakers to explore local contents as a welcome development that would not only reduce their cost of production, but also bring health benefits to consumers, wealth to farmers/processors and forex conservation for the country.

Also, an agronomist and sweet potato production specialist, Dr Jude Njoku, explained that ‘‘if farmers can sell sweet potato easily to puree processors, poverty will be alleviated and standard of life will improve’’ as a result of multiplier effect on the value chain players.

The OFSP was approved and released in Nigeria in 2012 as a crop with potential to drastically reduce malnutrition based on its bio-fortification with Vitamins A and C, among others.

Njoku said: ‘‘There should be a synergy with potato farmers, bakers should empower farmers and off-take the produce because farmers have not been organised, as they were discouraged from producing it when there was low embrace.’’

He suggested that the government should make sweet potato a priority crop like rice and maize, mobilise and train farmers to get the products round the year, and incorporate them into the Anchor Borrower’s Programme of the Central Bank of Nigeria (CBN) for sustainability.

‘‘Orange-Fleshed Sweet Potato should be made a priority crop and incorporated into the small-scale farmers’ scheme of the government,’’ he emphasised.

Also, Business Development Manager with Sano Foods Limited, a major producer of OFSP puree, Seun Bamigbade, emphasised the need for the government support to farmers through the ABP to enable constant supply of OFSP.

He said the firm had secured an off-take agreement with the Association of Master Bakers and Caterers of Nigeria (AMBCN).

‘‘To meet with the demand of the bread makers, we need more participation from the government, banks and development agencies to meet the required quantity of OFSP puree,’’ he said.