How to Boost Rice Production in Nigeria (A Must Read) 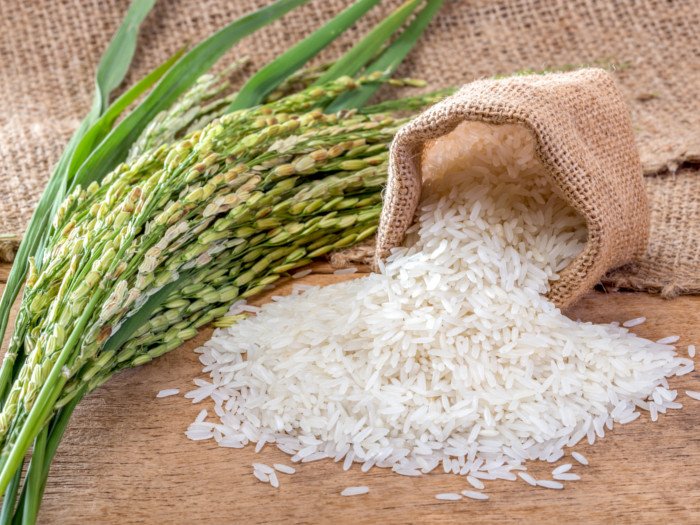 How to Boost Rice Production in Nigeria (A Must Read)

A professor of Agricultural Engineering at the Federal University of Technology, Akure (FUTA) Christopher Akinbile, has recommended the creation of a specialized Rice Institute as a strategy to boost rice production and ultimately ban its importation in Nigeria.

Akinbile made the recommendation while delivering the 135th inaugural lecture of the University titled: The Wealth of Waste: From Water to Rice on Thursday, 21st September 2021 at the University Main Auditorium.

The Don said to significantly turn Nigeria into a major rice producer; government should create a specialized Rice Institute that would handle all research relating to rice from breeding through processing and post-harvest operations. He said such an institute would provide the necessary information and other technical support to rice farmers and others in the chain in order to boost rice production in the country.

Professor Akinbile said after measures to shore up rice production have been institutionalized, the government should step up robust awareness campaigns to sensitize the public on the need to patronize and eat locally produced rice. Akinbile also suggested the formulation and implementation of a policy to forbid rice importation. He said smuggling of rice should then be criminalized in order to encourage increased local production and patronage of made in Nigeria rice.

According to the Don, rice is one of the most common staple foods globally and ranks third after wheat and maize. He stated that rice consumed in Nigeria before 1960 were produced locally, however, local production fell from 99% to 38% between 1960 and 1980 due to the non-encouragement of rice farmers. Professor Akinbile stated that before the recent ban on rice importation in 2019, a Central Bank of Nigeria (CBN) report on food import showed that Nigeria spent N365 billion on the importation of rice annually meaning Nigerians consume 1N billion worth of rice daily.

Professor Akinbile said if Nigeria wants to boost rice production and progressively reduce importation of the commodity, it should take a cue from the African Rice Centre formerly West African Rice Development Association (WARDA), International Rice Association Research Institute (IRRI) and the Philippines Rice Research Institute (PRRI) which hinged their domination of rice production on specialized rice institutes. He also recommended that the government should introduce an Agricultural Insurance scheme to protect farmers investment in Rice production in the unlikely event of colossal losses of farmlands and produce to climate change and herders invasion.

READ ALSO: See what AFAN is saying about NiMet prediction

He said rice protein, though modest, is of high natural quality providing minerals, vitamins and fibre. The Don said the annual demand for rice in Sub Saharan Africa with particular reference to Nigeria is increasing by 6% per year which is fueled by an increase in population growth. The world’s population is projected to reach 10 billion by 2050 and based on this projection there is a great need to increase rice production to meet the food needs of the growing population.

Professor Akinbile said Nigeria could also leverage its vast wastewater to increase rice production. He said most human activities that use water end up producing wastewater which can be recycled for the production of food grains like rice. The Don reiterated that the practice of utilizing treated wastewater for irrigation is not an entirely new concept in this part of the world.

He said that the reuse of treated wastewater in agriculture is an option that is increasingly being investigated and used in regions with water scarcity. He said globally water for agriculture is becoming increasingly scarce and the causes are diverse and location-specific. He stated that the option of treating wastewater for reuse and recycling, therefore, has become imperative and a healthy alternative.

Akinbile advised that government at all levels should put in place infrastructure to treat and reuse wastewater as a viable alternative to the scarce freshwater supplies, which will lead to benefiting from the land border closure aimed at preventing rice smuggling into Nigeria. He said government effort should be geared at ensuring a synergistic and robust relationship between irrigators (Farmers) and reliable Meteorological information supplies to achieve optimal crop production.

Speaking in his capacity as the chairman of the occasion, the vice-chancellor, Professor Joseph Fuwape, described the lecturer as a vibrant, intelligent and diversified scholar who has immensely contributed to the growth and development of research and the body of knowledge in his area of core competence and remains a versatile and productive academic.

Previous articleWhich of these 10 challenges are you facing in your catfish farming business?
Next articleGood News for Sweet Potato Farmers