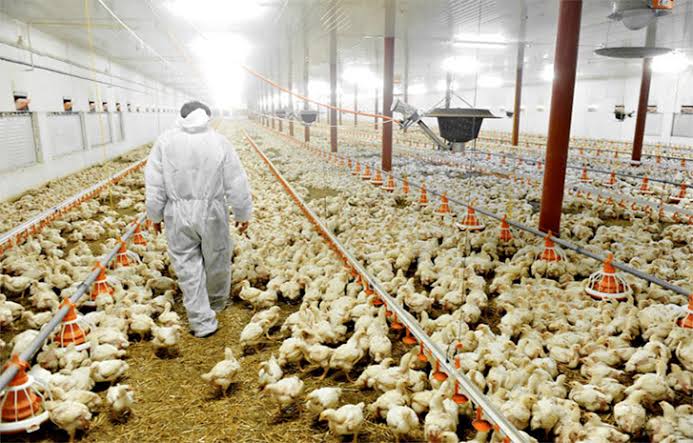 5 Most Dangerous Chicken Diseases And How To Avoid Them, Part Two

Coccidiosis is caused by coccidiae, tiny single-cell organisms called protozoans that cause diarrhea in chickens. It’s difficult, if not impossible, to eradicate because it lives in the environment. If you see diarrhea or bloody diarrhea, the first step is to take a fecal sample to your vet to be checked.

Coccidiosis is animal specific. Chickens will not swap coccidia with other bird species or animals. For instance, guinea fowl have their own coccidia.

The best way to control a coccidiosis outbreak is by prevention. One route is to feed chicks medicated chick starter feed. Chicks are most susceptible to coccidiosis in the first week of life up until about 8 weeks old, so it’s important to keep using the feed to that age.

A second option is through vaccination. In this case, the chick is given a small, attenuated dose of the actual parasite. In the first 10 or so days of life, chicks don’t have enzymes in them to break apart the parasites, so when the parasites from the vaccine cycle through them, they will go through a challenge and immunize themselves. Many organic producers have to use this choice because they can’t use medicated feed. F

It’s important to understand that you can’t use medicated feed if you apply a vaccination because the medication will kill the introduced parasite.

To treat your older birds, use the same medication that’s in the starter feed. You need a higher dose for treatment.

READ ALSO: How To Reduce The Costs In Fish Farming Part Two

Pasteurella multocida, also called fowl cholera, best known for causing sniffles in rabbits, can affect humans as well as chickens. You can catch fowl cholera by giving your chicken mouth-to-beak resuscitation or kissing a chicken on the beak, because there it will be covered with aerosolized fecal material or snots; or by co-feeding, such as using the same dropper for people and birds without cleaning it. Rodents also carry fowl cholera into the pen, so don’t let a hen kill mice and eat them.

If you see any respiratory infection, promptly call your veterinarian. “The veterinarian can test for the causative organism(s) and recommend treatment. Fowl cholera can be treated with penicillin, but it will not be effective late in the disease as often the bacteria is walled off by [things such as] dead cells and pus.

Marek’s is a fatal disease that is very distressing for the chicken keeper. It’s caused by a herpesvirus that brings about paralysis, contraction of the toes and legs that stretch forward or backward. “It can take six to 12 weeks for a chicken to develop symptoms and die and so it’s devastating for the farmer.

The solution is to vaccinate the chick as soon as it hatches. In some of the bigger producers, the chicks are vaccinated in the egg.

Some breeds are more susceptible to Marek’s than others. It’s worth noting that even vaccinated chickens can contract Marek’s if the vaccine wasn’t given properly or if the virus overpowers the vaccine, but at least most of your flock will be safe.

You can’t eliminate the risk of diseases in poultry, just as you can’t in humans and other animals, but knowing what might strike and taking steps to reduce the chance will help give you peace of mind and allow you to enjoy and appreciate your beautiful chickens as they make money for you.

READ PART ONE HERE: 5 Most Dangerous Chicken Diseases And How To Avoid Them

HOW TO IDENTIFY BIRD FLU SYMPTOMS IN CHICKENS

How to Control Late-stage Broiler Mortality