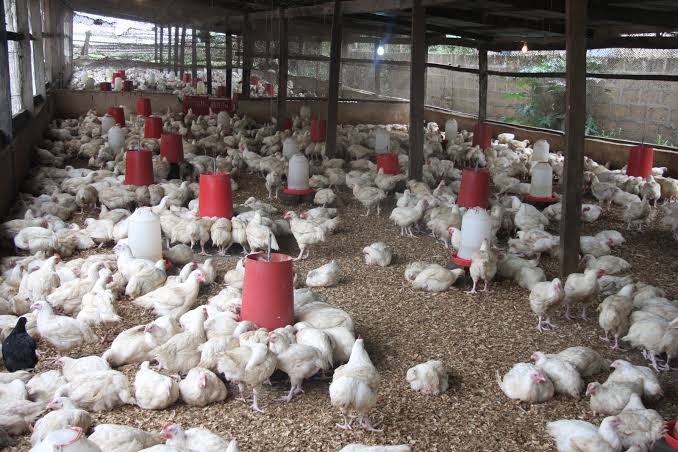 Hidden Thieves that can Rob your Poultry Operation of profit

Are you prepared to fight against threats to your feed? Learn how to defend your poultry operation from mold and mycotoxins.

Mycotoxins are often a hidden threat in feed, which can impact the performance and health of poultry. Mycotoxins are chemical secondary metabolites produced by molds as a reaction mechanism in response to an environmental stimulus. Molds may produce mycotoxins during the growing season, at harvest or during storage of feed materials post-harvest. It is common for feedstuffs to be contaminated with multiple mycotoxins, as one mold can produce several types of mycotoxins or multiple molds can produce mycotoxins in the same feedstuff. In fact, analysis conducted by the Alltech 37+® Analytical Laboratory shows that multi-mycotoxin contamination is present in 92.3 percent of 2017-2018 poultry feeds globally. As a result, the presence of mycotoxins is a major issue faced by the poultry industry worldwide.

Poultry that consume high levels of mycotoxins in feed may have obvious clinical signs of mycotoxicosis in relation to specific tissues, organs or performance. However, of more concern, often, is the long-term intake of lower levels of mycotoxins, as symptoms are not noticed daily but still add up to become a long-term problem. In this instance, it is important to watch the birds closely and look for a variety of specific and non-specific symptoms of mycotoxins.

A common sign of mycotoxin consumption by poultry at both lower and higher concentrations is the appearance of lesions, which start in the mouth and continue along the gastrointestinal tract. These lesions are often caused by trichothecene mycotoxins such as deoxynivalenol (DON) and T2/HT-2 toxins, which cause oxidative stress and damage to cells along the intestinal tract. These lesions — along with other side effects in the gastrointestinal tract, such as changes to mucus production, reduced villi length and impacts on gut-level immunity — can suppress health and performance and can also expose chickens to increased gut pathogen colonization. The presence of mycotoxins, such as DON and fumonisins, have been linked to increased colonization and severity of such pathogens as Salmonella, E. coli and Clostridium perfringens.

Considering the many effects that mycotoxin have on poultry health, performance changes are also likely. Research shows that growing birds may have reduced weight gain and poor feed efficiency, while layers and breeders may have reduced egg production, poor egg quality or decreased hatchability. Young birds will typically be more susceptible to the impacts of mycotoxins. Like so many nutritional and health factors, the impacts of mycotoxins on a young bird could alter the ability of the bird to attain its genetic capacity for performance.

Broilers may lose about 3.6 g/d in gain and have a 4.8 percent increase in feed conversion ratio. Likewise, layers may lose about 5.2 eggs over a 60-week egg-laying period. When mycotoxins impact performance, there is likely also a loss of profitability. Poultry producers should be aware of the costs of mycotoxins in order to better manage the risk.

Due to the characteristics of mycotoxins, laboratory analysis of a feedstuff or finished feed is the first step in understanding risk. There are a limited number of commercial laboratories in the world capable of analyzing multiple mycotoxins from one sample. The Alltech 37+® Analytical Laboratory, located in Kentucky, provides complete analysis for 50 different mycotoxins in a single sample and also considers the total mycotoxin challenge present in each sample, rather than just looking at the individual mycotoxins. As such, the results of the analysis more closely reflect commercial production and the challenges faced by producers. Since all species and lifecycles of birds are susceptible to mycotoxins to varying degrees, samples analyzed through the 37+® Program are also provided a Risk Equivalent Quantity (REQ), one number that calculates the cumulative effect of mycotoxins and the overall risk to the target animal group associated with the sample.

An understanding of mycotoxicosis in poultry is complicated by the occurrence of several mycotoxins together and their interactions in the animal, as well as their non-specific symptoms. It is clear that multiple mycotoxin contamination is an unavoidable risk — and is costly in today’s poultry production. It is important, then, to use the right economic assessment methods to evaluate the multiple contaminations and, then, to control mycotoxin risk in the feed mill and at the farm level.