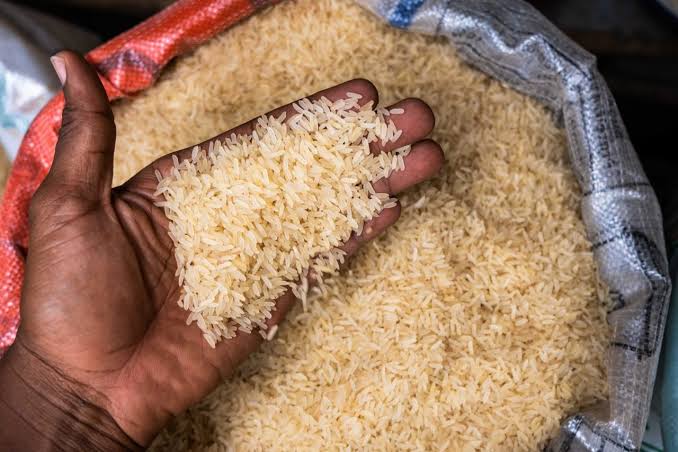 Nigeria’s rice imports from the Thai Rice Exporters Association (TREA), one of the largest rice exporters in the world, fell by 98.4% to 15 metric tonnes between January and July 2022, as against 957 metric tonnes imported during the corresponding period in 2021.

This information is according to data from TREA for January to July 2022, as seen by Nairametrics.

During the review period, Nigeria’s rice imports from the association fell to the lowest level on record, even as rice importers spent less than a million Thai Baht. In the comparable period of 2021, Nigeria spent 15 million Thai Baht and a total of 30 million for the full year.

An overview of historical data shows a sharp decline from 1.24 million MT of rice imported in 2014 to 244,131MT in 2015, and 58,260MT in 2016. Rice importation has since maintained a downward trend to date. This followed the inclusion of rice in the 41 items not valid for foreign exchange from CBN’s Foreign Exchange Window. 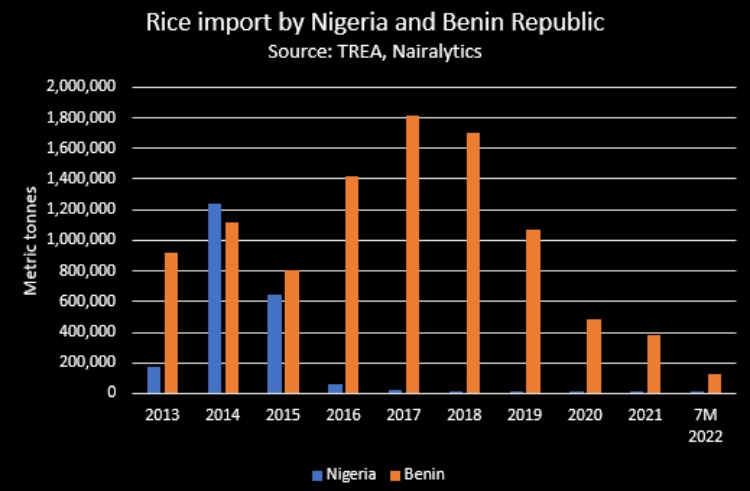 A ban to increase local production

In 2015, the CBN on behalf of the Federal Government placed a ban on 41 imported items (rice included), from accessing foreign exchange from the official window. Also, the government banned the importation of rice through land borders and kept a hefty 70% tariff on imports coming through ports. These actions were taken in a bid to discourage importation and encourage local production.

READ ALSO: How Farmers Married Out Daughters for Loan Repayment

As a result of the government’s drive to improve local production of rice, significant growth has been recorded in recent years, with local rice production estimated at 5.29 million MT in 2021, the highest annual rice harvest on record.

However, a disproportionate increase in local consumption of rice has seen the supply deficit expand wider.

According to data from the Organization for Economic Co-operation and Development (OECD) and the Food and Agriculture Organization of the United Nations (FAO), Nigeria consumed a total of 7.96 million MT of rice in 2021 against local production of 5.29 million MT, leaving a deficit of 2.66 million (MT).

A look at the level of rice imported by Benin Republic in 2016 showed a sudden increase despite having a population of less than 6% of Nigeria’s 216 million people. It has brought up questions about how a country with such a small population can consume so much rice, except it is a medium used in smuggling the item into Nigeria.

The recent gains recorded in the Nigerian rice processing industry are currently threatened by continuous flooding across the country. The floods have submerged over $15 million worth of Olam’s rice farm, posing huge losses to this year’s rice harvest.

Consequently, the price of a 50kg bag of domestic rice has surged to over N37,000 in major markets in Lagos State. Similarly, a 50kg bag of foreign rice is already selling for an average of N40,000 as a result of the supply constraint amidst rising demand, especially considering Yuletide season which is around the corner.

Nigeria is at risk of experiencing a food crisis, taking into consideration the importance of rice in Nigeria’s food value chain, and the continuous ban on the importation of foreign rice through land borders.

Nigerians are now panic-buying bags of rice in a bid to hedge against the possibility of price increases later in the year. According to Ibrahim Maigari Ahmadu the Founder/CEO of agritech startup RiceAfrika Technologies, the price of rice could surge beyond N40,000 towards the end of the year, given the rise in demand during the period.