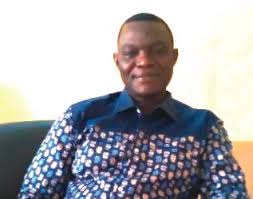 The Bayelsa State Chairman of NUAAE, who doubles as the Chairman of the Nigeria Labour Congress (NLC) in the state, Comrade John Bipre Ndiomu, said the killing of farmers in Borno State is inhuman, senseless and a total setback on the food security of the country and if the situation continues, the union will not hesitate to declare serious industrial action and withdraw its members from the farm.

Read Also: Check out what CBN did for farmers in South-West

He said this while speaking with newsmen in Yenagoa, after receiving the United Nations’ prestigious’ Distinguished Leadership Award’ in recognition of his outstanding contributions to human rights fields, and promised the commitment of his union and the members to ensure food sufficiency in the country.

He condemned the gruesome killing of the defenseless farmers, urging governments at all level to intensify efforts in flushing out the insurgents in the North East region, that the members of the union both in public and private sectors were deeply pained by the unprovoked killings.

For enquiries and details, call World Farmers Centre Admin on 08035219966 or WhatsApp us @+2348173030321.
Previous articleCheck out the Full List of Agric Products and others that Remain Banned from Being Imported
Next article2021 will be tough on food production, says Agric Commissioner

Here is Your Chance to Improve Your Agribusiness

80% Of Rice Consumed In Nigeria Is Produced Locally, How True...